Why Is Crude Oil Ignoring US Inventories? 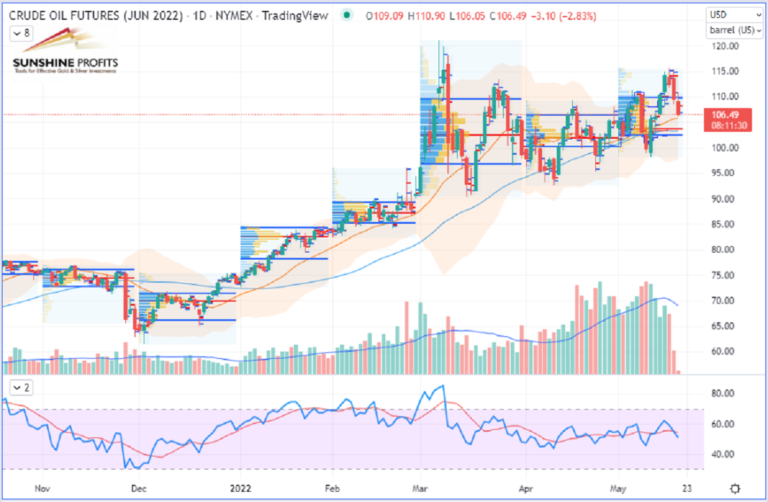 While the current pull-back on black gold is fundamentally triggered by different forces, where is the prevailing wind coming from that is pushing prices lower?

On Wednesday, the day after the US Fed’s Chair Powell showed a more hawkish tone, crude oil prices dropped 2.5% following profit-takings on most commodity markets – new fears emerged that a world economic slowdown combined with rising interest rates could negatively impact the global demand. By the way, talking about profit-takings, our subscribers took theirs on Monday within the last phases of the strong rally in crude oil that hit our last projected targets.

Get The Full Series in PDF

Get the entire 10-part series on Charlie Munger in PDF. Save it to your desktop, read it on your tablet, or email to your colleagues.

Hedge fund managers go about finding investment ideas in a variety of different ways. Some target stocks with low multiples, while others look for growth names, and still others combine growth and value when looking for ideas. Some active fund managers use themes to look for ideas, and Owen Fitzpatrick of Aristotle Atlantic Partners is Read More

The commercial crude oil reserves in the United States unexpectedly dropped in the week ended May 13, according to figures released on Wednesday by the US Energy Information Administration (EIA).

US crude inventories have decreased by almost 3.4 million barrels, which implies greater demand and would normally be considered a bullish factor for crude oil prices. However, it appears that with the US Federal Reserve’s sustained hawkish tone, which contributes to pushing commodities to the lower side, the market does not pay as much attention to US crude inventories, which are relegated to the background… 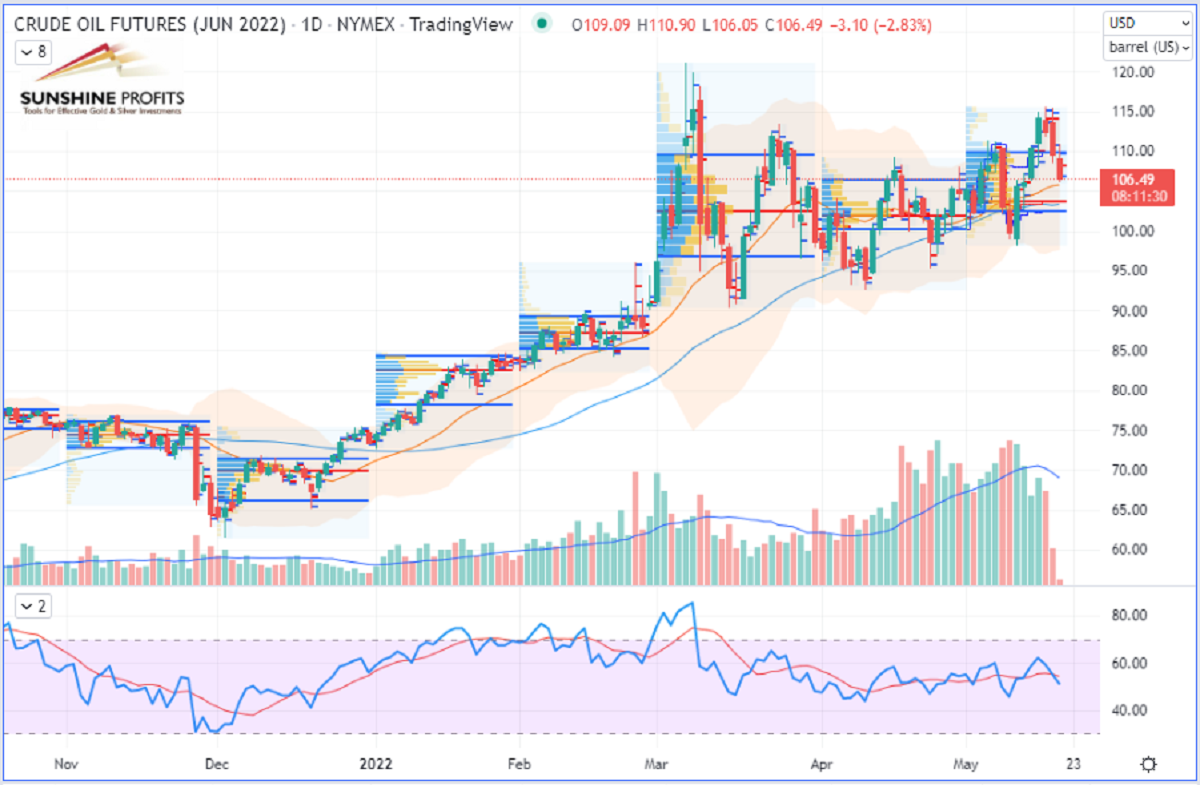 On the other hand, some additional figures extracted from the same EIA report were released:

These are US Gasoline Reserves, which plunged by almost 4.78 million barrels over a week, while the market forecasted a decline of only 1.33 million barrels. 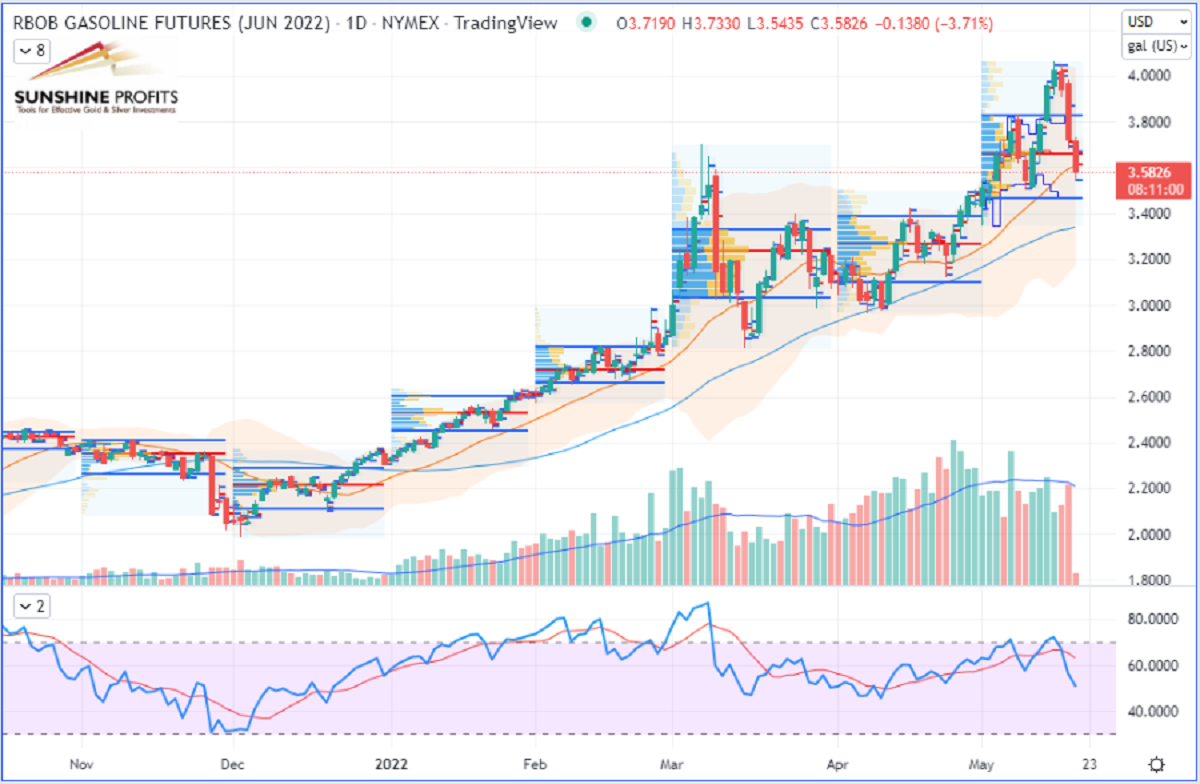 Consequently, despite demand for black gold, which nevertheless remains at a high level according to the two above figures, crude oil prices continued to slide on Thursday. They proceeded with their decline from the previous day, still dampened by fears of a global economic slowdown.

The possible easing of US sanctions against Venezuela could be considered another bearish factor, coming in addition to the Hungarian veto on the EU’s plan to ban Russian oil. The European problems didn’t stop there, as Turkey opposed the opening of talks on the NATO membership extension to Finland and Sweden after the two Nordic countries submitted a formal application.

The current situation of Hungary is quite understandable, since the Central European country is particularly dependent on Russian hydrocarbons.

So, what do you think will now happen to black gold? Let us know in the comments.

Like what you’ve read? Subscribe for our daily newsletter today, and you'll get 7 days of FREE access to our premium daily Oil Trading Alerts as well as our other Alerts. Sign up for the free newsletter today!

The information above represents analyses and opinions of Sebastien Bischeri, Sunshine Profits' associates only. As such, it may prove wrong and be subject to change without notice. At the time of writing, we base our opinions and analyses on facts and data sourced from respective essays and their authors. Although formed on top of careful research and reputably accurate sources, Sebastien Bischeri and his associates cannot guarantee the reported data's accuracy and thoroughness. The opinions published above neither recommend nor offer any securities transaction. Mr. Bischeri is not a Registered Securities Advisor. By reading Sebastien Bischeri’s reports you fully agree that he will not be held responsible or liable for any decisions you make regarding any information provided in these reports. Investing, trading and speculation in any financial markets may involve high risk of loss. Sebastien Bischeri, Sunshine Profits' employees, affiliates as well as their family members may have a short or long position in any securities, including those mentioned in any of the reports or essays, and may make additional purchases and/or sales of those securities without notice.