When Bitcoin Collapses, It Doesn’t Get Cheap. Or, is it a New Store of Value? Place Your Bets! 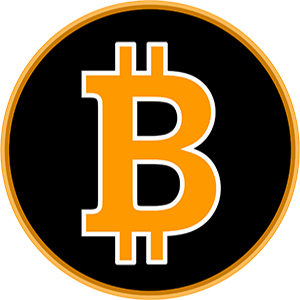 There was a provocative headline on SeekingAlpha (a popular investing website) today: When Bitcoin Collapses, it Doesn’t Get Cheap.  The author is referring to Bitcoin but his arguments apply to all cryptocurrency.

His main point is that stock equities have an underlying economic value: the earnings of the company.  In theory, when you buy a share of stock, it’s in anticipation of enjoying future dividends.  If a stock is selling for $20 and offers a $1/year dividend, then your return is 5%, plus any appreciation of the stock.  Of course, the company might stop paying that dividend, the stock value may drop, etc. so there are risks, but ultimately the value of a stock is based on anticipation of future dividends.  Even stocks that don’t pay dividends or may never pay dividends are bought with the notion that it’s the company’s earnings that underlie its value.

The SA author’s argument is that since BTC has no intrinsic economic value (no earnings or organization making payments as with a bond, etc.), it can go to zero.  This is true.  But of course, not all investments have an underlying economic engine and some investments are bought solely in anticipation of future value.  A Mickey Mantle rookie card or Action Comics #1 does not generate any value by itself – they’re just paper and ink.  But the idea is that if someone will pay $100,000 for it today, perhaps they’ll pay $200,000 in the future.

So where do we put cryptocurrency?  I disagree with the SA author’s premise because Bitcoin is not an equity.  It’s not a bond, nor is it a Banksy panting.  It’s a currency.  Now you can invest in a currency in the sense that you could go buy some Japanese Yen or Mexican Pesos if you feel that the value versus whatever other currency you are referring to will increase.  So if you think the Euro (random example) is going to decline but the Pound is going to go up, you could sell Euros and buy Pounds and if you’re right, you’d benefit.

And it’s really the same thing with crypto.  National fiat currencies are backed by the economic engine of their respective countries, which is somewhat intangible, but there are external factors that can impact currencies.  For example, if tomorrow the Bank of England announced it was doubling the amount of Pounds in circulation, their value would decline.  People who are into FOREX will remember the apocalypse of September 6, 2011 when the Swiss National Banc intervened and the Swiss Franc plunged.

With Bitcoin, there is not an external government or central bank operating, but there are external factors:

On the other hand, Bitcoin has one amazing point in its favor: it’s capped at ₿21,000,000 (there are approximately ₿18.9m BTC in circulation as of this writing).  The US Treasury can always print more dollars, but once BTC is mined out, there won’t be any more.  So some look at BTC as a powerful hedge against inflation, and one that may have anti-inflationary measures that more traditional storehouses like gold can’t match.  While there is still some transactional costs with BTC as with gold (if converting to fiat or spending it), the supply of gold is constantly increasing whereas BTC will eventually hit a limit. 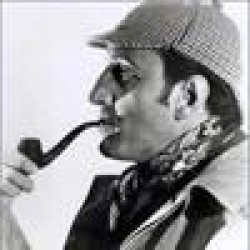 I'm Andrew, techno polymath and long-time LowEndTalk community Moderator. My technical interests include all things Unix, perl, python, golang shell scripting, vintage operating systems such as MVS, and relational database systems such as Oracle, PostgreSQL, and MySQL. I enjoy writing technical articles here on LowEndBox to help people get more out of their systems.

Latest posts by raindog308 (see all)