The Nintendo Switch Has A Big Summer Sale Right Now 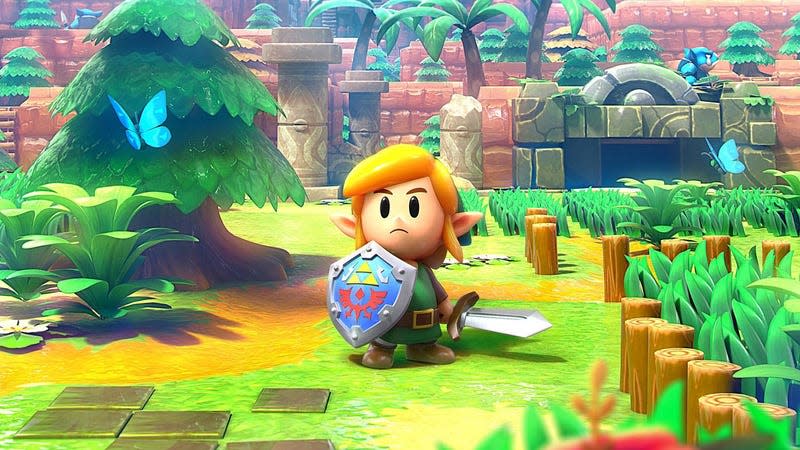 Link from Link's Awakening looks out upon a claymation world full of eShop deals.

The dog days of summer are officially here. Whether you’re trying to take your mind off the heat or the bad headlines, you’re in luck: Nintendo is currently running a major sale on digital Switch games. Cool off with Donkey Kong Country: Tropical Freeze or mind-meld with a sentient hat in Super Mario Odyssey for 30% off the normal sticker price.

That’s not a giant discount in the larger world of gaming, but it’s a big deal for the notoriously stingy Nintendo eShop, where first-party games especially remain full price years after launch (unlike, for example, PlayStation where you can currently get God of War for just $20). The handheld hybrid’s current promotion is called the Nintendo eShop Big Ol’ Super Sale, and while it’s not as sweeping as last year’s Black Friday discounts, there’s still a lot of decently priced stuff if you’re looking for something to play while lying in front of the box fan or lounging in the pool.

Here’s the first-party stuff, discounted 30% off the normal $60 MSRP:

Why is Donkey Kong Country: Tropical Freeze, a 2018 port of a 2014 Wii U game, still regularly full price? Who can say. But Tropical Freeze remains a gem and one of the best platformers of the modern era. Here are some other standouts from the sale:

There are also a few fantastic indies with some nice discounts right now, including Loop Hero ($10.50), Death’s Door ($13), and Chicory: A Colorful Tale ($14), all 2021 standouts on several people’s game-of-the-year lists. I personally will be taking this opportunity to pick up Castlevania Advance Collection ($13.50) and Eastward ($20), because June is usually when I get that itch to go back and play something classic or retro-influenced.

The Big Ol’ Super Sale will run until July 6 just before midnight and eShop purchases net you 5 percent back through gold coins, so you’ll get a few bucks off future games as well.