For weekend reading, the staff from Navellier Associate offers the following commentary:

Scylla — A female sea monster who devoured sailors when they tried to navigate the narrow channel between her cave and the whirlpool Charybdis. In later legend, Scylla was a dangerous rock, located on the Italian side of the Strait of Messina.

Charybdis —  A sea monster in Greek mythology. She, with the sea monster Scylla, appears as a challenge to epic characters such as Odysseus, Jason, and Aeneas. Scholarship locates her in the Strait of Messina.

How Value Investors Can Win With Tech And “Fallen” Growth Stocks

Get The Full Henry Singleton Series in PDF

Get the entire 4-part series on Henry Singleton in PDF. Save it to your desktop, read it on your tablet, or email to your colleagues

There was a strong rebound last Friday, but it wasn’t strong enough to prevent a down week for most indexes. I think we are due for a big rebound after being down six weeks in a row, as there is clarity on the interest rate front, with the Fed committed to 50 basis-point hikes – and we are basically oversold. 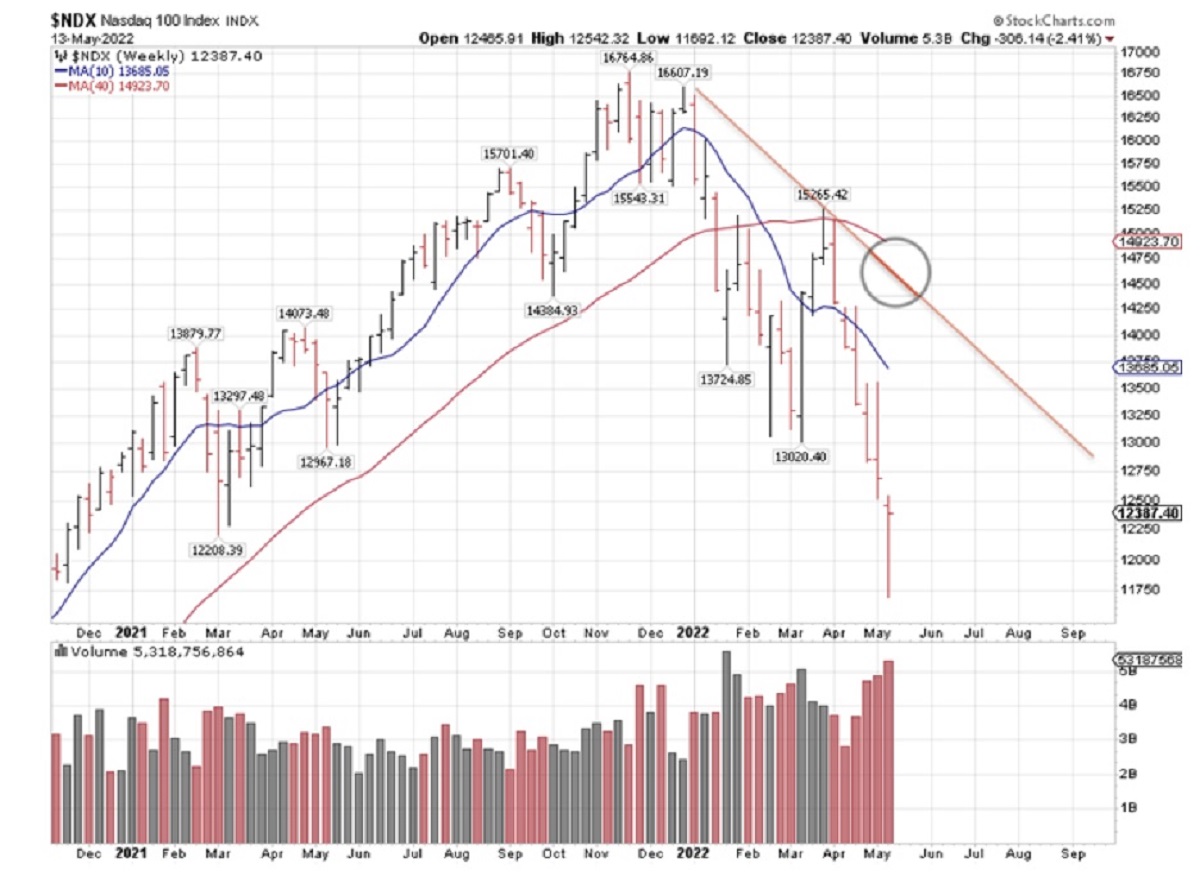 A 10+ percent rally in the SP 500 or Nasdaq 100 takes us to around 4,300 on the SP or 13,500 on the Nasdaq 100, which basically are the post-FOMC highs on those indexes. We can always overshoot, but a good target is the downtrend that lies between the 50-day (10-week) and the 200-day (40-week) moving averages. I know it feels like we have traveled a lot, but getting there – in late May or early June – seems like the more reasonable course of action, given the increased amount of clarity introduced by the Fed.

One situation that can spoil this setup is Ukraine, if the conflict were to spiral out of control. Right now, the Russians seem hell bent on carving out a part of the South – at least that is what they want everybody to think – but we can never be sure if those plans won’t change. The war turned out to be one heck of an economic event, and one of my bigger concerns is a huge spike in the price of oil to the $150s or higher.

The Russian Ruble is on a Moonshot

The Russian ruble has appreciated dramatically from its post invasion low in the 130s (to the dollar) to close Friday at 64 per dollar on the USDRUB cross rate. That’s basically doubling in value in short order. (Fewer rubles per dollar means a stronger ruble on an inverted scale).

The setting of gold’s price at 5,000 rubles per gram of gold, as well as a policy interest rate of 14% (after spiking to 20%) helped the ruble, and so did the clever mechanism of paying indirectly for Russian natural gas in rubles. Foreign buyers of Russian natural gas pay their contract rates in euros at Gazprombank, which then buys rubles and sends the rubles to Gazprom as the final payment. This is a mechanism to prop up the ruble, and it is working remarkably well, combined with the domestic convertibility into gold bullion that is the only limited “gold standard” in the world at the moment.

I do not know of one person that saw this monstrous rally in the ruble ahead of time.