Sibanye Stillwater: Why We Think It's A Risk Worth Taking 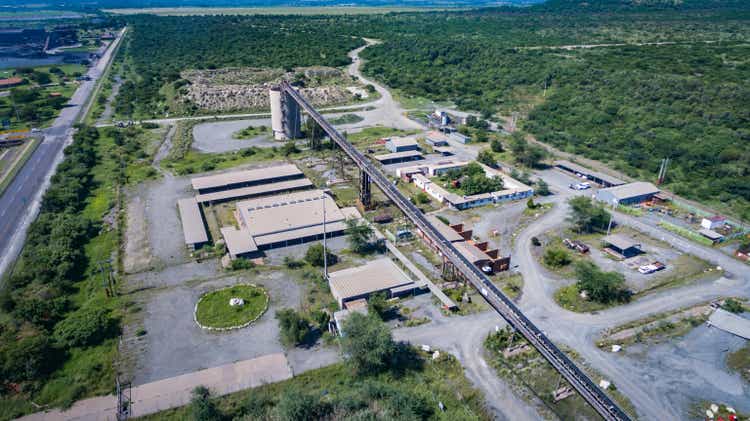 In our previous article on Sibanye Stillwater Limited (NYSE:NYSE:SBSW ), we argued that the asset had faced an exaggerated drawdown and that we were buying the dip. Unfortunately, our call was inaccurate, as the stock has lost nearly 15% of its value ever since.

Our latest analysis finds that Sibanye's stock could be oversold amid a series of company-specific headwinds. In addition, the outlook on inflation remains uncertain, which could give rise to the stock as a diversification play. 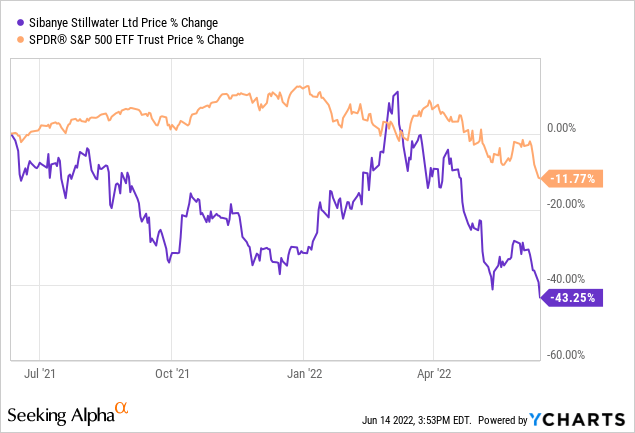 Prospects In A Bear Market

As the markets enter bear territory with inflation remaining resilient, many investors could opt to stay invested in the stock market as cash accounts become highly obsolete to fight the erosion of their savings. However, the stock market has an element of uncertainty, meaning that we don't know whether the bear market will run deeper, but we do know that potential returns are more likely to fight current inflation than cash savings or bonds are.

There's proven financial research (see chart below) that high-quality stocks and high-dividend stocks outperform other segments during trying economic times. High-quality stocks refer to exchange-listed companies that possess large market shares, provide solid return metrics, have robust balance sheets and run efficiently. Sibanye fits the high-quality bill as it's a primary producer operating in an industry with high barriers to entry. It has achieved economies of scale at a gross profit margin of 36.52%, and its return on equity ratio of 44.54% implies it's an efficient enterprise. It also has an interest coverage ratio of 29.78x, indicating that its balance sheet is safe as houses.

Furthermore, Sibanye also falls into the high-dividend category with a cash dividend payout ratio of 48.22% and a forward dividend yield of 9.15%. I believe that quality and dividend factor investing will likely coalesce during these trying economic times, which could give rise to stocks of Sibanye's profile. 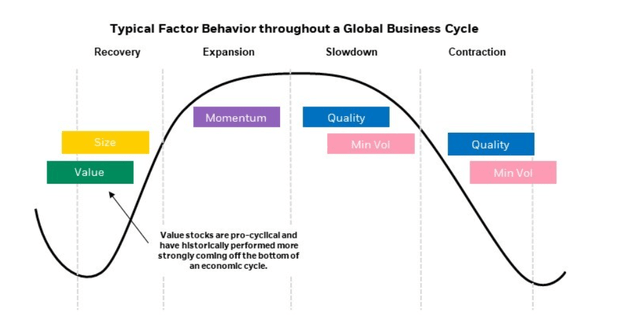 When I say "operations could soon run more smoothly," I'm essentially trying to convey that Sibanye's faced a rough operational time lately. However, it's a chance to reset with its stock price down more than 40% during the past year amid overreactions to idiosyncratic issues.

There's been floods in Montana, causing Sibanye to halt operations due to the erosion of access roads. Although the floods could restrain access to the Stillwater mine, Sibanye expects its East Boulder mine to resume operations within the coming days. I see this as a transitory issue for Sibanye, and its more than 6% stock price drawdown on the day likely more than compensated for the delay in operations.

Sibanye's Montana-based PGM operations produced 540 000 ounces in its financial year of 2021, accounting for roughly 20% to 25% of the firm's total PGM revenue mix.

Investors see Sibanye's Montana operations as long-term plays, and the market probably won't price the floods as it does its short-duration activities (as its Kloof and Beatrix gold mines).

The Stillwater and East Boulder mines have cash flow durations of another 40 to 45 years. These mines are considered strategic long-term plays by the firm as they could make up for 27.3 million ounces of mineral reserves.

Matters have also cooled down at the Randfontein gold mine after a 150 illegal miner looting spree led to a shootout, subsequently pausing operations.

Sibanye suspended its gold output guidance amid the strikes. Nonetheless, re-opening could add to the firm's prospects.

Sibanye estimates that its PGM operations in South Africa will produce 1.76 million to 1.85 million ounces in 2022. Although the range could suffer from economic drawdown and lower consumer demand, the Russia-Ukraine situation will likely require Sibanye to export more platinum and palladium than it had initially planned to fill a critical void in global supply chains.

Many are overly focused on sanctioned Russia trade. However, it's trivial to assume that the western world is ex-Russian trade across the board at the moment. Thus, other key actors will possibly step up production.

I've read many complaints on Seeking Alpha that Sibanye is a type of value trap or that it's a sleeping giant. There's a reason why the stock's relative valuation prospects hasn't been fulfilled.

Whenever a stock pays dividends, there's a trade-off between the residual value on the firm's income statement and a reduction of its operating cash flows, which gets priced by the market. That's why we sometimes see convertible bond strike prices recede whenever a stock increases its dividend payout policy.

Sibanye's dividend payout ratio is at a 2.31x surplus to its historical average. Thus, it's likely that the market might generally price the asset on total return prospects instead of price return. With that being said, I'd like to draw the conversation back to the high-dividend conducive market discussed earlier. It could be that the market will finally opt for Sibanye's high-dividend properties, causing the stock to fill its relative value gap.

Supply chains remain at sixes and sevens. I didn't want to mention it in an outright section in the thesis as I believe it's an overcovered topic these days, and most know what's going on at the moment. However, there's something I feel adds value to the narrative.

On the wrong side, Black Sea trade could be zoned off for a very long time. Conflict in the region has not just blocked trade routes, but shipping and freight companies are afraid of sending their ships into the area as many insurance contracts would be voided or face astronomical premiums. Thus, whether it be a Russian trade ally or not, trade activity in the area will likely slow. This could add to global inflation and midstream conjunction, subsequently eroding Sibanye's sales potential.

On the positive side, Chinese PMI is picking up, indicating that industrial output in the region is recovering. Although Sibanye holds significant exposure to the semiconductor industry, it's possible that an uptick in Chinese industrial output could improve many investors' outlook. 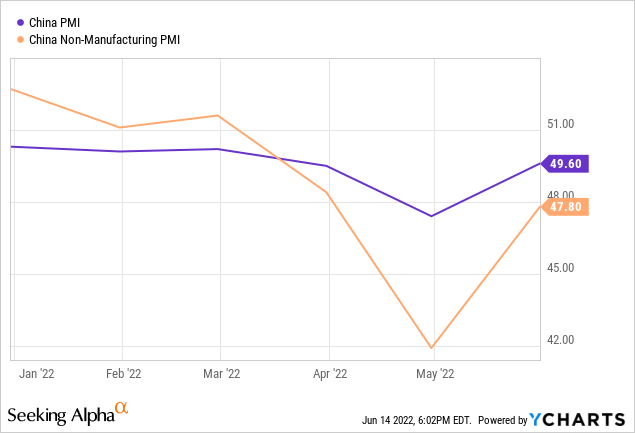 The firm attempted to structure a combined deal to acquire the Santa Rita nickel mine and the Serrote copper mine not too long ago. However, before deal completion, Sibanye backed out due to portfolio efficiency fears. The seller of the mines, Appian Capital Advisory, now seeks $1.2 billion in compensation as it believes the termination was unlawful. Even if Sibanye doesn't pay out anything, it could be a during and costly process with media attention providing an an-wanted headwind to its stock price.

From a quantitative risk vantage point, Sibanye remains poorly aligned with what makes up a sound risk/return profile. You'd ideally like to see a stock's Sharpe Ratio above 1.00, and its 5% monthly VaR of 25.27% could entertain the risk-aversion we're seeing in the market, in turn causing investors to oversell the stock. 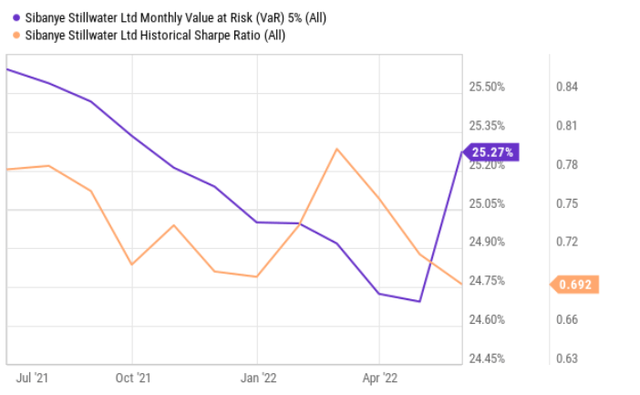 Sibanye is a high-risk asset; there's no denying it. From an idiosyncratic vantage point, the firm's facing just about every operational headwind it can. However, at a more than 40% year-over-year loss in market capitalization, Sibanye could be a terrific investment opportunity amid a turnaround in operational activity. Furthermore, the stock possesses high-dividend, high-quality properties that could bode well in today's market, considering investors' behavioral characteristics in different economic cycles.

Disclosure: I/we have a beneficial long position in the shares of SBSW either through stock ownership, options, or other derivatives. I wrote this article myself, and it expresses my own opinions. I am not receiving compensation for it (other than from Seeking Alpha). I have no business relationship with any company whose stock is mentioned in this article.