Rebounding Crude Oil Gets Far Away from the Bearish Side 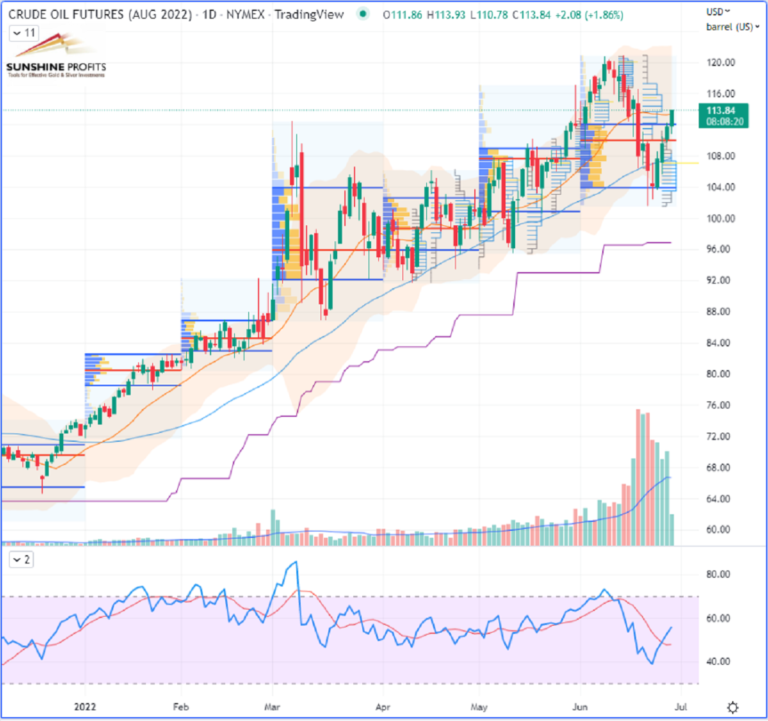 Demand for crude oil is accelerating – a bullish sign for its prices. What may the current energy market environment say about the black gold’s outlook?

On the Asian continent, the lifting of health restrictions in China could signal resuming oil demand for the world’s top consumer. Given the context of tight supply, this has partially triggered a rebound in crude while driving prices higher.

Get The Full Ray Dalio Series in PDF

Get the entire 10-part series on Ray Dalio in PDF. Save it to your desktop, read it on your tablet, or email to your colleagues

Historically, the Chinese market has been relatively isolated from international investors, but much is changing there now, making China virtually impossible for the diversified investor to ignore. Earlier this year, CNBC pointed to signs that Chinese regulators may start easing up on their scrutiny of companies after months of clamping down on tech firms. That Read More

The Libyan National Oil Company (NOC) warned that they could declare a state of "force majeure" on the facilities in the Gulf of Sirte – blocked due to the political crisis that has been hitting the country for months.

In Ecuador as well, the spectre of a halt in oil production is becoming clearer following the blockades and demonstrations initiated by a movement protesting the rise in the cost of living.

The United Arab Emirates assured that they were at maximum capacity, while Saudi Arabia stated it could pump an additional 150,000 barrels per day. It is important to note that these two producing countries are indeed the two OPEC+ members perceived to have the most spare oil production capacity. The 23 members of OPEC+ are just starting a series of two-day e-meetings on Wednesday (they should also meet on Thursday by videoconference) to decide on a new adjustment to their total volume of production of black gold. However, analysts expect the status quo despite numerous calls for action.

The US economy is slowing down, but not to the point of falling into recession, the president of the New York branch of the Federal Reserve (Fed) said to CNBC Tuesday. The mighty Federal Reserve has raised rates three times since March. The latter are now in a range between 1.50% and 1.75% after remaining close to zero during the COVID-19 pandemic.

The weekly commercial crude oil reserves in the United States dropped to -3.8M barrels while the forecasted figure was just about -0.110M, according to figures released on Tuesday by the US American Petroleum Institute (API).

US crude inventories have thus decreased by over 3.799 million barrels, which firmly shows accelerating demand and could be considered a strong bullish factor for crude oil prices. This figure would indeed signal a rise in fuel consumption. As a result, demand is now holding up well as the peak of the summer driving season approaches with many trips. 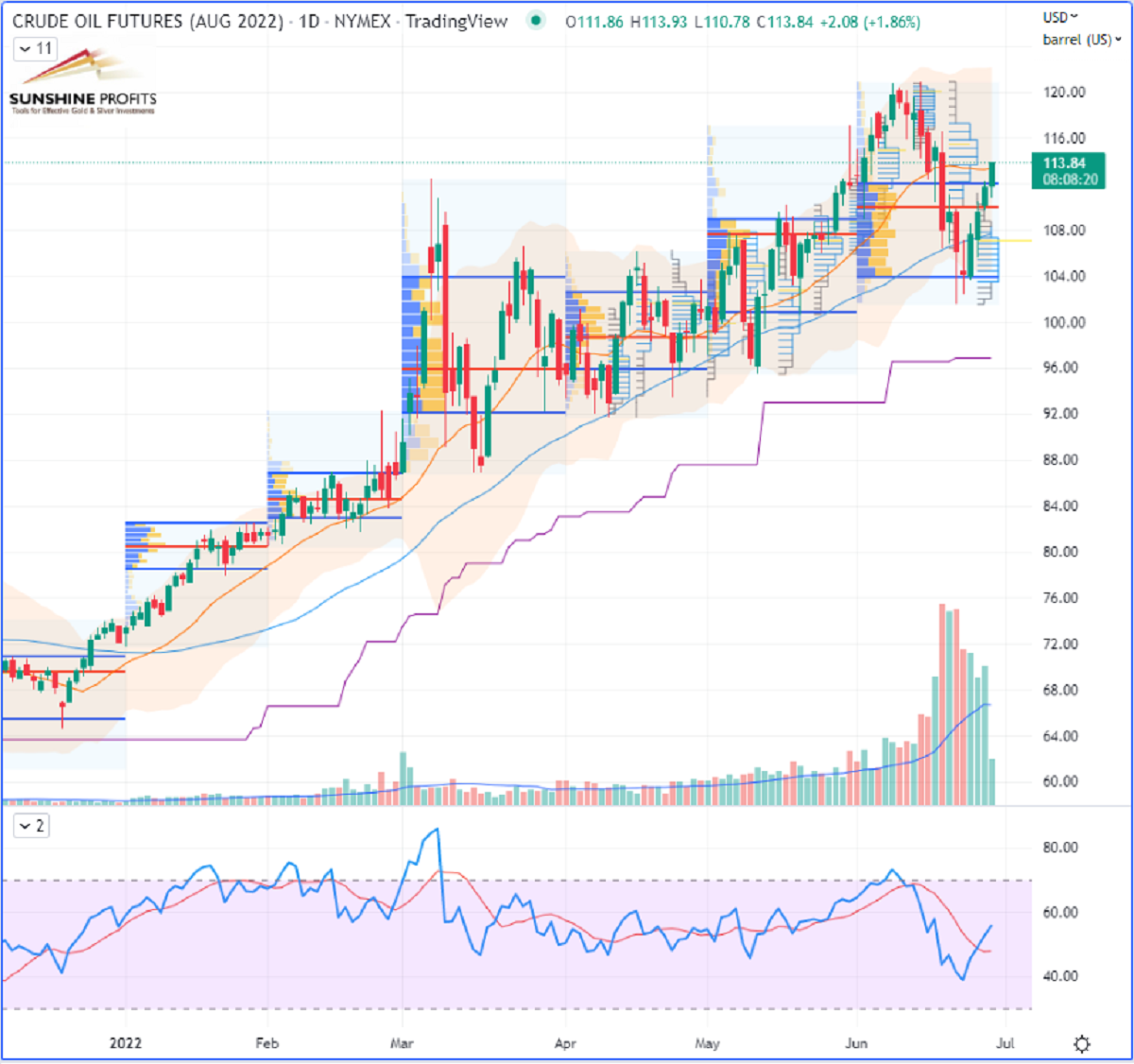 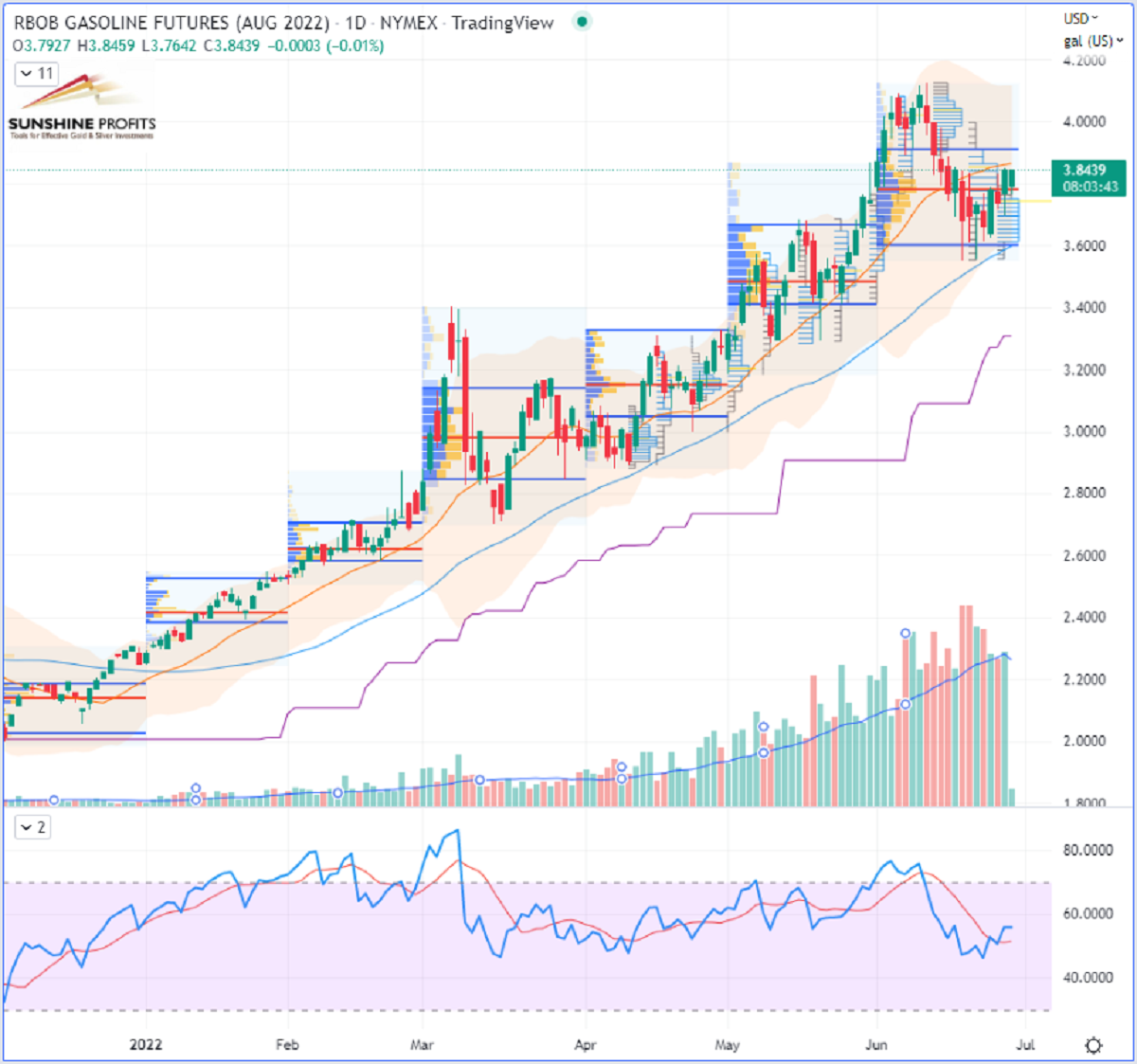 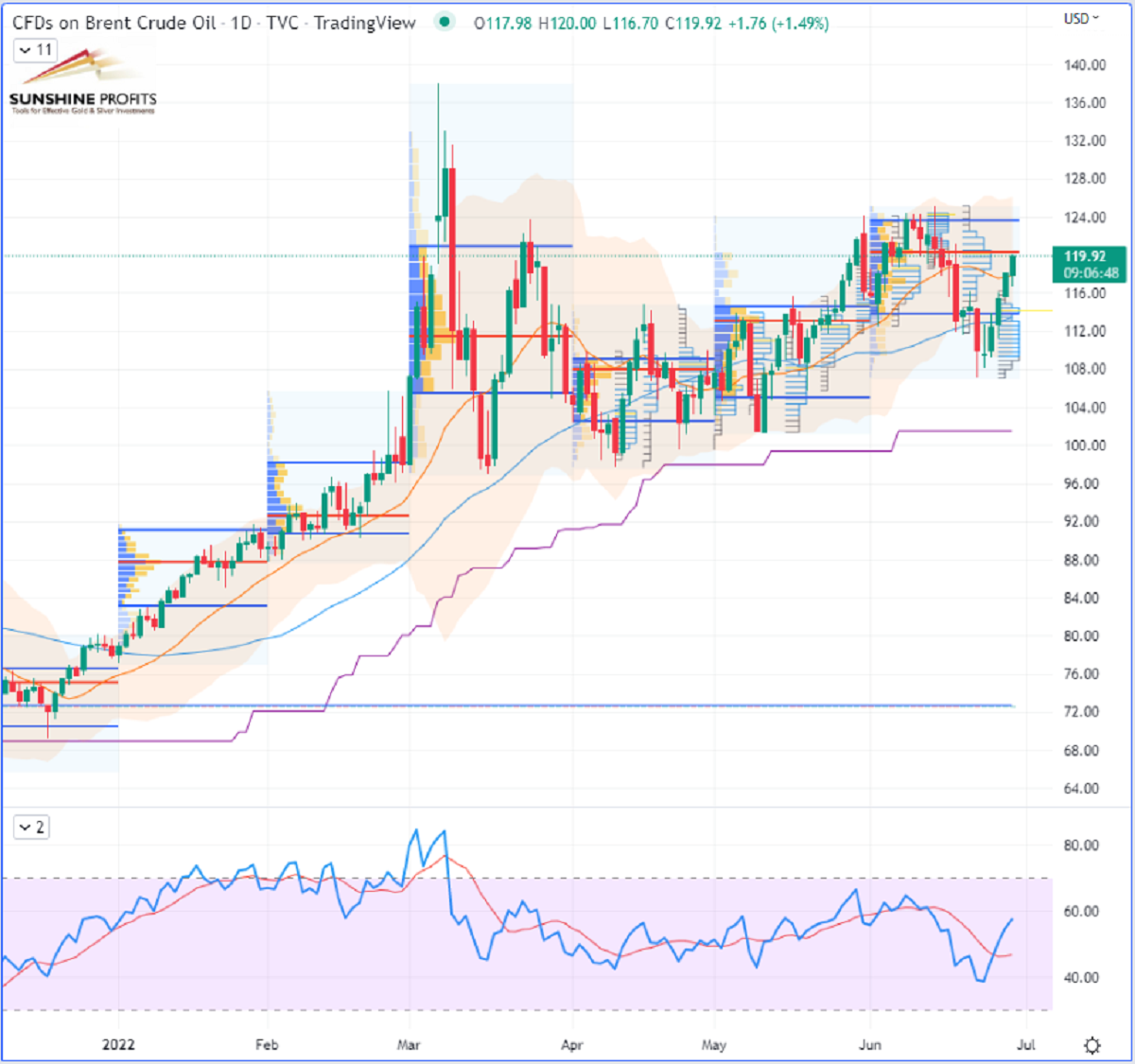 Like what you’ve read? Subscribe for our daily newsletter today, and you'll get 7 days of FREE access to our premium daily Oil Trading Alerts as well as our other Alerts. Sign up for the free newsletter today!

The information above represents analyses and opinions of Sebastien Bischeri, Sunshine Profits' associates only. As such, it may prove wrong and be subject to change without notice. At the time of writing, we base our opinions and analyses on facts and data sourced from respective essays and their authors. Although formed on top of careful research and reputably accurate sources, Sebastien Bischeri and his associates cannot guarantee the reported data's accuracy and thoroughness. The opinions published above neither recommend nor offer any securities transaction. Mr. Bischeri is not a Registered Securities Advisor. By reading Sebastien Bischeri’s reports you fully agree that he will not be held responsible or liable for any decisions you make regarding any information provided in these reports. Investing, trading and speculation in any financial markets may involve high risk of loss. Sebastien Bischeri, Sunshine Profits' employees, affiliates as well as their family members may have a short or long position in any securities, including those mentioned in any of the reports or essays, and may make additional purchases and/or sales of those securities without notice.