In this article, we discuss Michael Burry’s short position in Apple Inc. (NASDAQ:AAPL) and the 5 stocks he is selling in 2022. If you want to skip our analysis of Burry’s history, investment philosophy, and hedge fund performance, go directly to Michael Burry Is Selling These 3 Stocks in 2022.

Michael Burry was born on June 19, 1971, in San Jose, California. Soon after his birth, he lost his eye to retinoblastoma and was fitted with a prosthetic eye. As a result, he developed a withdrawn personality during his childhood with weak social skills. The world of finance and investing came as a hobby to Burry as he studied economics and pre-med at the University of California in Los Angeles and earned his MD from the Vanderbilt University School of Medicine. He started his residency in the field of neurology and pathology at the Stanford University Medical Center but was unable to finish it as he went on to start his hedge fund. During his off-hours in medical school and residency, Burry invested time in the world of finance.

By the mid-1990s, Burry had built his reputation as a successful value investor as he took part in various investment forums and created more than 25 message boards related to the stock discussion website Silicon Investor. His accurate stock-picking skills gained the interest of investment firms and renowned investors. He closed down his website in November 2000 and decided to start his own hedge fund, Scion Capital, at the peak of the internet bubble. He used his inheritance and took loans from his family and friends to start the venture. The name Scion was inspired by Burry’s favorite novel, The Scion of Shannara, authored by Mr. Terry Brooks in 1990.

According to famous financial journalist Michael Lewis, Burry’s hedge fund gave a return of 55% to his investors during the first full year of operations in 2001. Meanwhile, the SP 500 Index experienced a decline of 11.88% during the same period. He recorded such significant returns by taking short positions in overvalued tech stocks at the rise of the dot-com bubble. In 2002, the SP 500 Index plummeted further by 22.1%, but Scion Capital posted gains of 16%. The equity markets recovered the following year and closed over 28% in the green, but the hedge fund did not deviate from its target of outperforming the SP 500 Index as it posted gains of over 50%. By 2004, Burry managed a fund of $600 million and stopped accepting any new investments.

In 2005, Burry shifted his focus to the subprime markets. His obsessive behavior, which he attributes to his self-diagnosed Asperger's Syndrome, helped him focus on finding the best investment opportunities and led him to study hundreds of proposals related to mortgage-backed securities (MBS). After going through the proposals, he concluded that the lenders are giving away risky loans to borrowers who would not be able to pay back the loans in the medium term.

He processed all the proposals and predicted that the subprime loans are creating a housing bubble as more and more people are borrowing to buy homes, which is increasing the prices of real estate. During this process, Burry believed that the banks were not looking into the quality and credit rating of the borrowers. In case the borrower defaulted, it could generate a domino effect as the banks were bundling all the loans together and selling them again as MBS to generate more funds to borrow. These MBS were insured by big-time insurers like AIG and were given the best possible rating by the credit rating agencies.

Burry predicted that the housing bubble would burst as early as 2007, and he was spot on. To reap gains, he decided to place a bet on the subprime mortgage market by requesting leading investment firms like Goldman Sachs to issue him a credit default swap against the MBS. At first, he had to make payments to maintain his position in the CDS, which resulted in a revolt among investors as they felt that Burry was making the wrong call. However, Burry’s call proved correct, as evidenced by the financial crisis of 2008. He recorded a personal gain of $100 million, and his investors made more than $700 million. These events were adopted in the book, The Big Short by Michael Lewis. The book was also adopted as a namesake movie where famous actor Christian Bale played the role of Burry.

From its creation in November 2000 till June 2008, Scion Capital generated a return of over 489% after expenses and fees, as opposed to the gain of only 3%, including dividends, experienced by the SP 500 Index during the same period. Soon after, Burry decided to retire due to the continuous redemption pressure and closed Scion Capital LLC. However, Burry returned with a new hedge fund named Scion Asset Management in 2013. The hedge fund focuses on investing in gold, farmland, and water. As of Q1 2022, Scion Asset Management has a portfolio value of over $201 million.

Michael Burry increased the total number of stocks in his portfolio from six in Q4 2021 to 12 at the end of Q1 2022. He liquidated his positions in five of the six stocks that he held at the end of Q4 2021 and initiated fresh positions in 11 new stocks. The 13-F filing for Q1 2022 also revealed that on a sequential basis, the value of holdings increased by over 122% to $165 million as opposed to $74 million previously. Some of the popular companies Burry has a stake in as of Q1 2022 are Alphabet Inc. (NASDAQ:GOOG), Meta Platforms, Inc. (NASDAQ:FB), and Booking Holdings Inc. (NASDAQ:BKNG).

As of Q1 2022, Michael Burry has placed a $36 million bet against the Cupertino, California-based tech giant Apple Inc. (NASDAQ:AAPL) through put options of 206,000 shares. This makes it the biggest holding in his portfolio, with a weightage of 17.86%. Burry does not believe in the overall weakness of the tech sector as he opened a new long position of nearly $36 million in Google parent Alphabet Inc. (NASDAQ:GOOG) and Facebook parent Meta Platforms, Inc. (NASDAQ:FB) during the same period.

The stock price of the biggest technology company in the world has experienced a decline of over 20% since the start of 2022. Given Burry’s track record of predicting market busts in the past, the financial sector closely looks at his stock picks. His decision to go short on Apple Inc. (NASDAQ:AAPL) presented a complete turnaround from his views in 1999 when he termed Apple Inc. (NASDAQ:AAPL) as a Warren Buffett-worthy stock. Nearly two decades later, it is the biggest holding in the portfolio of Warren Buffett’s Berkshire Hathaway Inc. (NYSE:BRK-B). The Oracle of Omaha further consolidated his position in the company by increasing his holding further during Q1 2022. 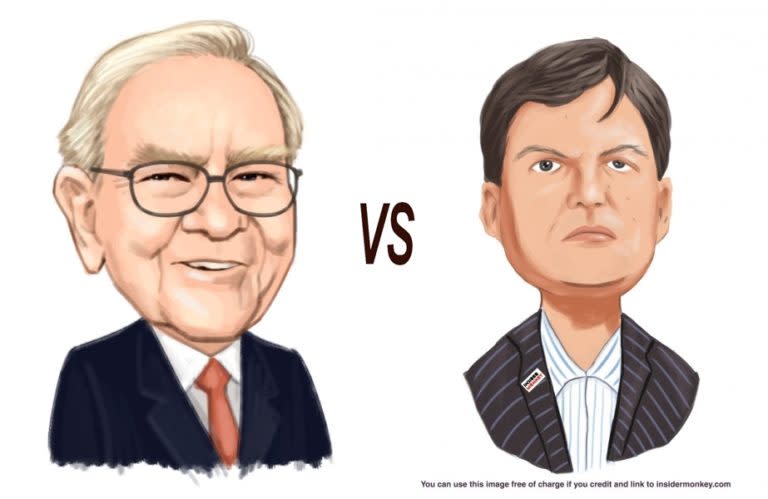 Burry has already termed the present market as “the greatest speculative bubble of all time,” which would “lead to the mother of all crashes.” The put positions were taken by Burry, giving him the right but not the obligation to sell the stock at a particular exercise price. If the shares of Apple Inc. (NASDAQ:AAPL) do not fall below that certain price after a specified period, the options will expire worthlessly. Since the start of 2019, the stock price of Apple Inc. (NASDAQ:AAPL) has quadrupled, and Burry anticipates a correction to take place.

Michael Burry is Selling These 5 Stocks in 2022

Number of Hedge Fund Holders as of December 31: 25

In December 2021, it was announced that Livewire, the electric motorcycle division of Harley-Davidson, Inc. (NYSE:HOG), and Taiwanese motorcycle and sports vehicle manufacturer Kymco would merge with AEA-Bridges Impact Corp. (NYSE:IMPX). In the newly formed company, Milwaukee, Wisconsin-based motorcycle company will retain 74% of the ownership. Meanwhile, the existing shareholders of the SPAC will have 17% shareholding, and the remaining 4% shareholding will be shared between SPAC founders and Kymco.

Number of Hedge Fund Holders as of December 31: 16

CoreCivic, Inc. (NYSE:CXW) is a Brentwood, Tennessee-based company that manages private prisons and correction centers. The company aims to provide federal, state, and local governments with a cost-effective solution for building, managing, and operating correction centers and detention centers.

Michael Burry’s Scion Asset Management first took a position in CoreCivic, Inc. (NYSE:CXW) in Q4 2020 through 1 million shares bought at an average quarterly price of $7.19 per share. The hedge fund increased its stake in the company to 1.3 million shares till Q2 2021. In Q3 2021, the investment was slashed by more than half, and Burry owned around 550,000 shares in CoreCivic, Inc. (NYSE:CXW) in Q4 2021, representing 7.43% of the overall portfolio. In the first quarter of 2022, the holding was completely sold off.

A factor contributing to closing the position in CoreCivic, Inc. (NYSE:CXW) could have been the $10 billion funding by the White House to prevent violent crime. The plan includes effective community policing and preventing crime by providing more educational and economic opportunities to marginalized communities. This would play a role in lowering the incarceration rate in the US, which is already hovering around its lowest level since 1995.

Click to continue reading and see Michael Burry is Selling These 3 Stocks in 2022.

Disclose. None. Michael Burry is Shorting Apple and Selling These 5 Stocks in 2022 is originally published on Insider Monkey.