Lisa Bileyu: Escape Purgatory of the Mundane with Radical Confidence

Lisa Bilyeu spent 8 years of her life as a supportive housewife (which she described as “mundane purgatory”) until her husband’s fast growing company, Quest Nutrition, required her to dive head first into business. Energized by her work, she started giving herself permission to make small moves in another direction. These decisions ultimately led Lisa to become co-founder of a billion-dollar company, an international leader in the world of personal growth and now, author empowering women to become the heroes of their own lives.

Lisa has written her first book, Radical Confidence: 10 No-BS Lessons on Becoming the Hero of Your Own Life , being released this week. In this show, we discuss her life, her book and how she did it: how she transformed her life from housewife to successful businesswoman and what it took to get there.

Listen to the Podcast

Not all of us find ourselves at rock bottom before we realize something needs to change, or that we are not where we want to be. Sometimes life can continue for years in a direction until one day we wake up and realize that we actually want something different.

For Lisa, she had become the supportive housewife her upbringing had taught her was her ultimate goal. And she was great at it. For 8 years every morning her husband, Tom, would wake up to his work clothes laid out beside the bed and would come home from the gym with lunch prepared and ready to eat. Anything he needed help with, even at work, Lisa was there and never questioned her role. In her book, Radical Confidence, Lisa calls this place “mundane purgatory”: that place where you’ve settled because life is just good enough and comfortable. And that, she says, is an even more dangerous place to be than rock bottom because how the hell do you wake yourself up from that?

It was only when Lisa was thrust into the clutches of a rapidly-growing company that she began facing all of her insecurities, her lack of abilities and where she was no longer comfortable. And this ended up being the very place where she ultimately found herself.

How comfortable are you in your life? Have you settled into a world where life is just good enough and you are rarely challenged or have to face any of your fears? Or are you awake and living out the dreams within you…

It’s one thing to realize what we want in life; it’s a whole other thing to think we deserve it or have what it takes to actually get what we want. How often do we set out to chase a new dream or goal, only to give up at the first challenge that comes our way? Maybe it’s the voices of the people around us or the culture or beliefs we grew up in, or perhaps it’s the negative voices in our own heads that cause us to hesitate and question ourselves. When we first wake up to a realization that we are not where we want to be, it can be very easy to doubt that we are even waking up to anything, or that we could possibly have something different.

Lisa grew up in a family and culture that had one goal for her as a woman: to get married. Once she realized that what she wanted in life was far more than just being a housewife, Lisa was faced with an even bigger challenge: she knew she was the only one who could get herself there, but how?

A previous guest on my show, Amber Rae, talks about the importance of alignment and tuning into yourself. In our conversation, she outlines some tips on how to make space from the voices around you so you can truly get in touch with your inner self to know what you want and what makes you happy.

Once you know what you want, to start moving in that direction you need to make a commitment to bet on yourself, as Lisa says, and give yourself permission to start making small decisions in a new direction.

The Process Can Be Messy, Quirky and Weird

A common point made in almost all methods of successful change is the importance of writing things down. Whether it’s journaling or mind-dumping, post-it notes or whiteboards, the process of change involves getting the thoughts out of your head and onto something tangible where they can become real. 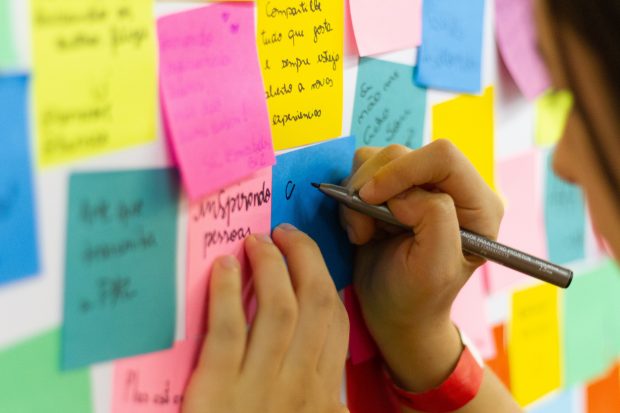 One of the big takeaways from my conversation with Lisa was the reminder that everyone’s process is unique and different. While Lisa and I both love to use Evernote on our phones as a place for mind-dumps, I also love meditation (it works for me) but Lisa found that meditation doesn’t help her to clear her mind. Lisa has realized that her best places for mind-clearing are while she’s lifting weights in the gym or coloring in her art studio for hours with her phone turned off. For each of us, the process will look different. The importance is in the principle of writing things down, and then repetition.

Another part of Lisa’s process involves what she calls emotional boosts. These are special cues she places into her life when dealing with particular fears: she will write messages on post-it notes and put them on her mirror, put random alarms on her phone to remind her that “you’ve got this” and she wears a Wonder Woman necklace so that every time she looks in the mirror she remembers that she can do anything.

It will take time to figure out what works for you and what your process is. Just remember that simply listening to someone else and copying exactly what they do may not work for you. But if you pay attention to the principle behind it there are always ways to tweak the process so that it is uniquely you.

Of course, with any kind of change life will become uncomfortable for a while. And the people who love us the most or we care about the most could very well be the most resistant to the change and difficult to talk to. Especially if we’re talking about changing directions in our lives, the people closest to us will be the most affected, and this can cause friction. But these conversations must happen.

Out of this entire show, Lisa’s advice on difficult conversations is likely the best nuggets of wisdom I have ever heard on this topic, so it is worth sharing here too:

The changes Lisa was making and the conversation she had with her husband Tom, could have easily ended up in divorce. Instead, it made them a stronger team than ever.

If you can approach difficult conversations with these tips and be open to the opinions and feelings of the person you’re speaking to, you’re well on your way to helping your closest allies hopefully become your greatest supporters in the change. 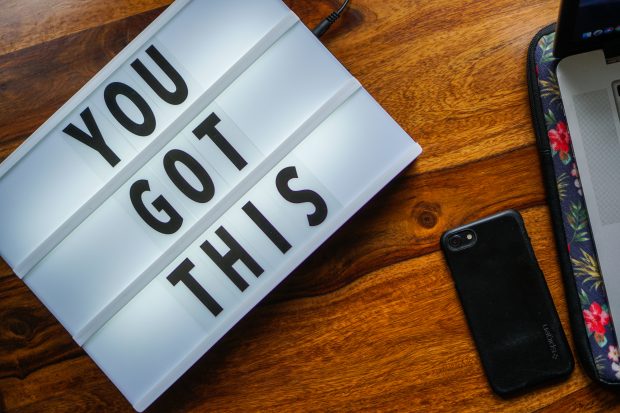 One of the most crippling fears we commonly have around change is the risk of failure. No one likes to fail. It stings, it’s embarrassing and it can be painful. But as Lisa so pointedly states, “Tell me one successful person that hasn’t failed”. There isn’t one. So if we know that and can accept that failure is an inevitable part of change and success and change, we can change the way we relate to failure.

Rather than identifying with failure and letting it say something about our worth, we can begin to see failure as a natural stepping stone to success. Rather than allowing failure to make us feel incompetent, we can turn it around to be a beautiful example that we are caring about our lives and trying to move towards our dreams.

At the end of the show, Lisa shares a story about how changing their perspective on a failure created an enormous win for their company. She says if you can look at every failure as an opportunity, it forces you to get out of your own emotions and think differently. And if you can do that, it will give you a path to focus on instead of dwelling on the failure.

I had a great conversation with Lisa Bilyeu and am excited for the release of her first book, so hope you enjoy the show and make sure to check out Radical Confidence: 10 No-BS Lessons on Becoming the Hero of Your Own Life!

Listen to the Podcast

This podcast is brought to you by CreativeLive. CreativeLive is the world’s largest hub for online creative education in photo/video, art/design, music/audio, craft/maker, money/life and the ability to make a living in any of those disciplines. They are high quality, highly curated classes taught by the world’s top experts — Pulitzer, Oscar, Grammy Award winners, New York Times best selling authors and the best entrepreneurs of our times.