Jim Carrey Debuts His First NFT Artwork, Relates It to a ‘Divine Gift’

Jim Carrey, the multi-hyphenate artist, creator and of course actor, will be debuting his first NFT artwork “Sunshower,” exclusively for SuperRare, a curated marketplace for NFT artwork.

Carrey’s digital artwork will be accompanied by an original contemplative voice-over. Originally, one of Carrey’s many paintings, “Sunshower” is transformed into an animated NFT. “A sunshower seems like you’re being given a divine gift,” The “Ace Ventura” actor said in a statement, “a form of medicine with miraculous regenerative potential.”

Carrey continued, “It’s hard to hang on to skepticism while the air around you is sparkling like diamonds.” 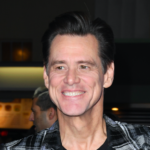 “Sunshower” will be revealed Wednesday with a 24-hour countdown to the auction start time at noon PT on Thursday with a starting price of $1. A portion of the proceeds will benefit the nonprofit Feeding America.

As both an aficionado of art and technology, Carrey has combined the two to create his artwork, including “Sunshower.” The actor’s fine-art career began with drawing and painting, eventually dabbling into animation. “I had merely begun to experiment with bringing my art to life through simple animations when the NFT world opened up, to me there could never be enough new places to create,” Carrey said.

“Sunshower” is Jim Carrey’s first NFT artwork, produced in association with filmmaker David Bushell, and is available exclusively on SuperRare. 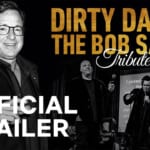 Carrey said in March he would be taking a break from acting and was strongly thinking about retiring.

“Well I’m retiring. Probably,” Carrey told Access. “I’m being fairly serious, yeah. It depends, it depends if the angels bring some sort of script that’s written in gold ink that is going to be really important for people to see, then I might continue down the road, but I’m taking a break.”