Is Russia to Blame for the Looming Global Food Crisis? 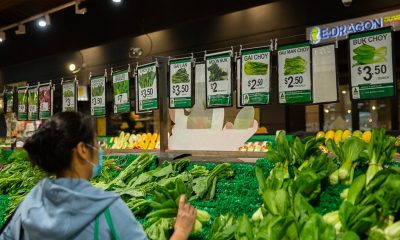 All Global Research articles can be read in 51 languages by activating the “Translate Website” drop down menu on the top banner of our home page (Desktop version).

The ongoing Russia-Ukraine conflict is undoubtedly impacting global grain supplies as well as the means of growing crops around the world. But is the looming global food crisis solely Russia’s fault – as spun by the globalist media machinery? Only months earlier, COVID-19, lockdowns and climate change were repeatedly blamed for this scenario.

“We are deeply concerned by how Putin’s war in Ukraine has caused major disruptions to international food and agriculture supply chains, and the threat it poses to global food security. We recognize that many countries around the world have relied on imported food staples and fertilizer inputs from Ukraine and Russia, with Putin’s aggression disrupting that trade.”

The concept of global food security these days appear as fleeting as Biden’s mnemonic prowess. It has been 12 years since the world was shaken by a hunger-fuelled Arab Spring which was marked by violent uprisings and yet-unresolved civil wars in Libya, Yemen and Syria. Big Tech, Western officials and influencers fuelled this mayhem in the name of “freedom and democracy” but never proffered any concrete solutions to prevent another episode. Instead, global hunger grew unabated with its root causes explicated through the lens of “climate change” and “global governance”.

In the meantime, right at the doorsteps of Big Tech, the streets of San Francisco were increasingly strewn with the homeless, human faeces and discarded needles from drug abuse. Even a new urban art genre emerged in the form of poop graffiti! Nothing better represents the disconnect between the lofty promises and septic realities of Silicon Valley.

Here is something else for the reader to ponder: Contact-tracing technologies that were used to lock down societies were never trialled to connect the poor to nearby farmers markets, food banks and soup kitchens. A rational person cannot be blamed for suspecting that the intention all along was to eviscerate small-scale farmers, grocers and traders during lockdowns and thereby render citizens prostrate before governments and Big Business. As for technocrats who lap up the smarmy fantasies of the World Economic Forum (WEF), what lessons have they learnt since the fateful Arab Spring?

Here we look at two inexpiable failings of the purveyors of global governance. These are linked to the very issues which Biden and von der Leyen are using to scapegoat Russia.

The Arab Spring and its bloody aftermath should have informed governments on the criticality of establishing new national granaries. Well-maintained granaries can store wheat and corn, amongst others, for more than 10 years. Individuals can extend this shelf-life to a whopping 31 years under proper conditions.

Grain stats worldwide also raise questions over government commitments to food security. Global wheat production, for instance, steadily increased during the last decade. According to a Statista.com brief on Jan 27: “The global production volume of wheat came to about over 772 million metric tons in the marketing year of 2020/21. This was an increase of about ten million tons compared to the previous year. Wheat stocks is (sic) also estimated to increase to about 294 million metric tons worldwide by 2021.” 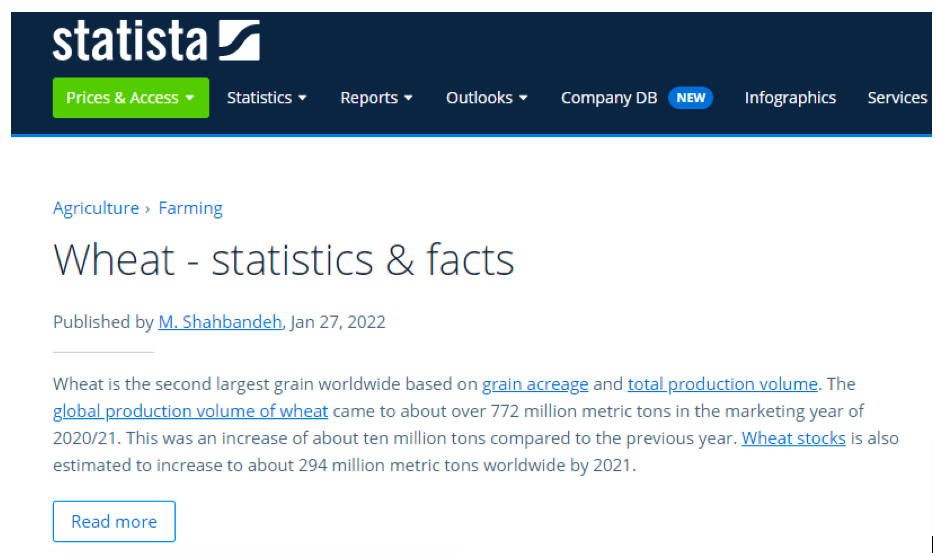 Although these figures are constantly updated as newer data pour in, there was indeed record wheat output in the face of relentless global lockdowns. However, most governments did little to build or expand their food stockpiles.

Granaries were an indispensable feature of ancient civilizations. The Bible recounts how Joseph had guided Egypt through seven years of famine by establishing imperial granaries during seven years of abundance.  Thousands of years later, our modern-day sages are mesmerized by the WEF mantra of “you’ll will own nothing and you’ll be happy” by 2030. Does that include ownership of real food? I ask this because the WEF is currently promoting synthetic meat and insect gourmet as one of the wonders of the Great Reset.

If your government had failed to set up a strategic food stockpile in the aftermath of the Arab Spring, do not blame Russia (or Ukraine) when the proverbial hits the fan.

Unfortunately, our Gosplan-styled world is overly-centralized, bringing with it attendant risks to the global supply chain. An acute fertilizer shortage is now one of them. Sanctions, and the freezing of $300 billion in Russian assets worldwide, led to export bottlenecks on grain and fertilizers. The escalating energy war between Russia and Europe is also pushing the price of natural gas and essential downstream products through the roof.

Fertilizers are primarily made from nitrogen, phosphorus and/or potassium. Nitrogen and ammonia (another fertilizer compound consisting of nitrogen and hydrogen) are extracted from natural gas. Our food security therefore is inextricably linked to fossil fuel production. This is an immutable reality which eco-warriors love to forget.

As the military operation in Ukraine drags on, few dare speculate the end game. Bloomberg warns that for the “first time ever, farmers the world over — all at the same time — are testing the limits of how little chemical fertilizer they can apply without devastating their yields come harvest time.” Global agricultural output is therefore expected to plummet – in both qualitative and quantitative terms – over the coming months.

Astrophysicist David Friedberg paints a more alarming picture. The ongoing West-Russia standoff may likely result in the starvation of hundreds of millions of additional people — over and above the 800 million people who already face daily hunger. Our centralized Just-in-Time (JIT) global production system only allows for a 90-day food supply for the planet. More ominously, fertilizer-producing factories worldwide number in the paltry hundreds. The ongoing baby-formula shortage in the US is directly linked to the pitfalls of centralized JIT production.

Could this catastrophe have been avoided? The West and Russia were on a collision course since Moscow’s reincorporation of Crimea in 2014. The world has had eight-long years to game out any escalation of the new West-Russia cold war. As Russia steadily built its gold reserves, the West could have likewise studied, identified and stored up items it needed from Russia in the event of a geopolitical escalation. Right on top of that list should have been fertilizers and storable food. Instead, the West treated the world to a Pussy Riot show and an unremitting Woke saturnalia.

At the end of the day, there are absolutely no excuses for the criminal lack of foresight among governments. For those who wonder about the longevity of stored fertilizer, here are some facts from a gardening website: Liquid chemical fertilizers can be stored for a decade while liquid organic fertilizers have a shelf-life of 5-8 years. Dry granular or crystalized fertilizer can be stored indefinitely.

Where are the fertilizer storage facilities that could have buffered our farms for years?

Over the coming months, Europe may be tempted to substitute Russian-origin chemical fertilizers with human waste sludge. However, as a recent Mongabay article cautions, “human waste — including pharmaceuticals and microplastics contained in faeces and urine — is a major public health hazard, causing disease outbreaks, and putting biodiversity at risk.” They contain a variety of contaminants and hazardous pathogens that may affect the entire food chain. Contaminants like nanoplastics cannot be filtered out using conventional means.

Despite the evident risks, the UK reportedly imported 27,500 tonnes of Dutch sewage sludge for its agricultural needs in 2020.  European farms, by extension, have now become the biggest global reservoir of microplastics due to its use of sewage sludge.  The degradation of European farmland may exacerbate as the Russia-Ukraine conflict drags on.

Whether famine will ravage the world by Christmas is anyone’s guess. But make no mistake: it will be poorer societies — primarily in Africa, Middle East and South Asia — that will suffer first and foremost. Even if Russia and Ukraine sign a truce tomorrow and normality returns to the region, many parts of China are facing unprecedented lockdowns. The nuts and bolts of the global economy are now bobbing aimlessly inside countless vessels along the coastlines of China. These include items essential to agriculture. The WHO slammed China’s zero-Covid policy as being “unsustainable” which was a marked departure from earlier praises heaped on New Zealand for doing the same thing.

In this cauldron of madness, our collective future was summed up this way: “The whole planet is a pot, and we’re all frogs.” The tiny few who stir the pot are the ones who will ultimately benefit from the Great Reset.

This article was originally published on  RT.com.

Dr. Mathew Maavak is a Malaysian expert on risk foresight and governance. He is a regular contributor to Global Research.