Is Bitcoin an Inflation Hedge? Cryptocurrency Experts Weigh in

In the space of the past year, the value of the cryptocurrency Bitcoin has crashed from nearly $70,000 to below $30,000, bringing down with it the entirety of the crypto market.

Analysts are suggesting the currency, dubbed by some as "digital gold," will continue to see further dips as the market as a whole readies itself for a potential "crypto-winter" of further price-drops and stagnation.

Bitcoin has nonetheless been discussed as a potential "inflation hedge," a term used to describe commodities that may weather the economic downturn caused by inflation. 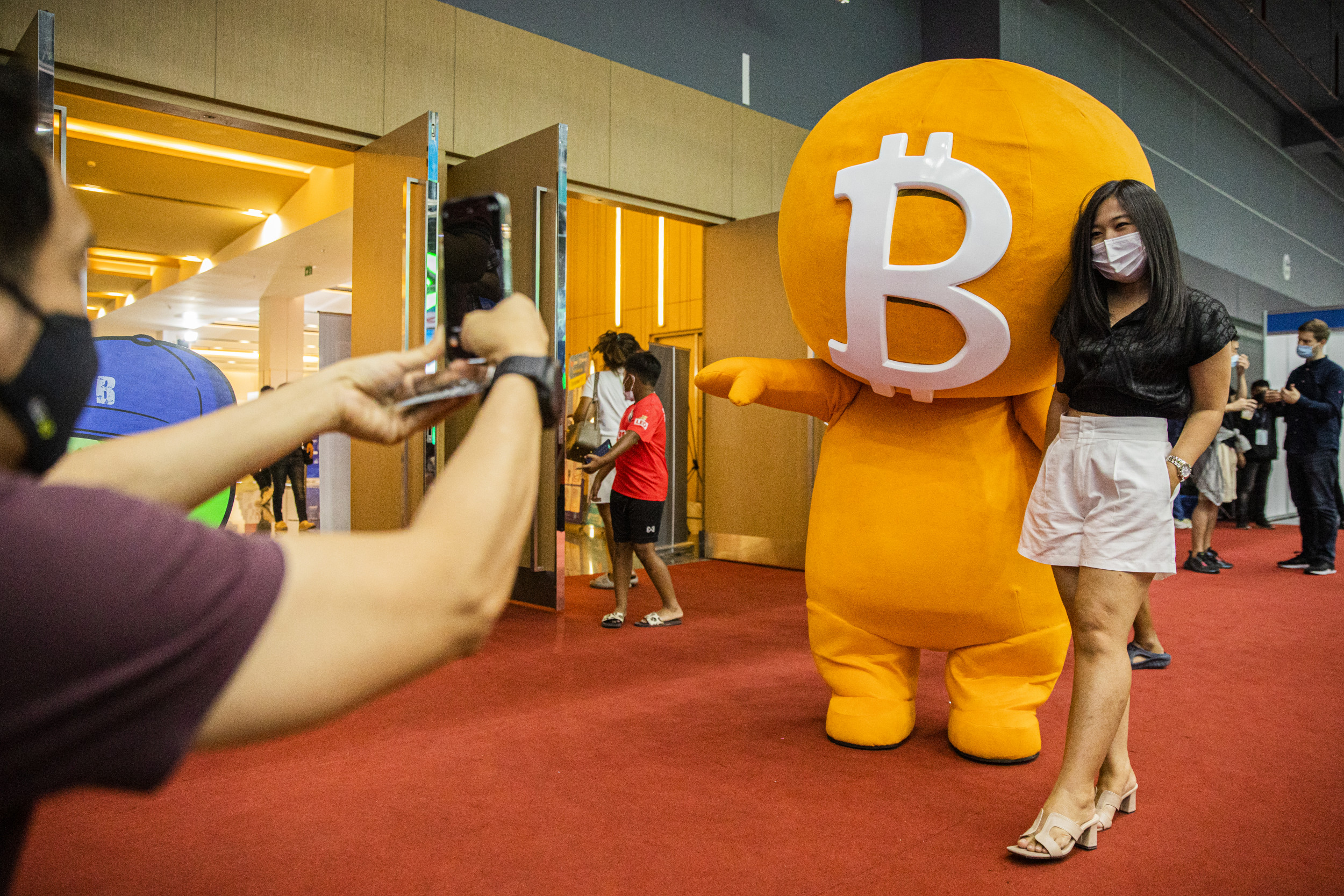 Historically, gold has been considered one of the strongest hedges against inflation. Interestingly, however, by 2021 Bitcoin had outperformed both gold and the stock market for the third year straight.

During the COVID-19 pandemic, fearful that government spending would lead to inflation, institutional investors turned to Bitcoin as a hedge against it.

#Bitcoin is the best hedge against #Inflation.

Discussion of its potential grew as Bitcoin reached highs of over $68,000 per coin in November 2021, with other major projects such as Ethereum, BNB, Polkadot and Polygon also experiencing huge rises in value.

The meteoric highs Bitcoin and cryptocurrencies experienced in 2021 swept global public consciousness. It led to a surge of institutional adoption, including the extraordinary decision by El Salvador to adopt Bitcoin as a legal tender.

However, the picture is far different in 2022, with El Salvador facing the possibility of default as Bitcoin tumbled in value.

There have been a number of factors that have induced more bearish sentiments toward Bitcoin, including the war in Ukraine, worldwide economic instability and the collapse of the Terra stablecoin.

One of the other most significant influences has been inflation, with rates soaring across the U.S. and the rest of the world.

The risks of investing in cryptocurrency are well-documented; Bitcoin and to a greater extent the wider crypto market is still seen as a risky play.

Nonetheless, the broad view of Bitcoin often sits somewhere between invaluable and useless, a set of narratives that may not help educate someone looking to invest, particularly as inflation continues to dominate headlines.

To that end, Newsweek reached out to several academics who study and teach topics surrounding cryptocurrency, Bitcoin and blockchains to ask the question: Is Bitcoin an inflation hedge?

Part of Bitcoin's structure is that, unlike other forms of currency, it has a fixed supply of 21 million coins. High demand for it in this scenario would lead to increasing prices, promoting its use as a hedge against inflation.

Gavin Brown, a senior lecturer in financial technology at the University of Liverpool, told Newsweek that Bitcoin's limited supply made it distinct from fiat currencies (such as the U.S. dollar), which can be subject to quantitative easing as banks seek to combat global challenges such as COVID-19 and the Ukraine-Russia conflict.

However, there are a number of other risks that could dampen Bitcoin's appeal as an effective inflation hedge. "An existential threat to Bitcoin would be the well-documented potential 51 percent attack using a quantum computer, or similar," Brown said.

"Notwithstanding this potential Black Swan event, the price of Bitcoin has historically been highly volatile, moving rapidly, (up and down), with changes in sentiment and regulatory approaches of opinion leaders and nation states, respectively." 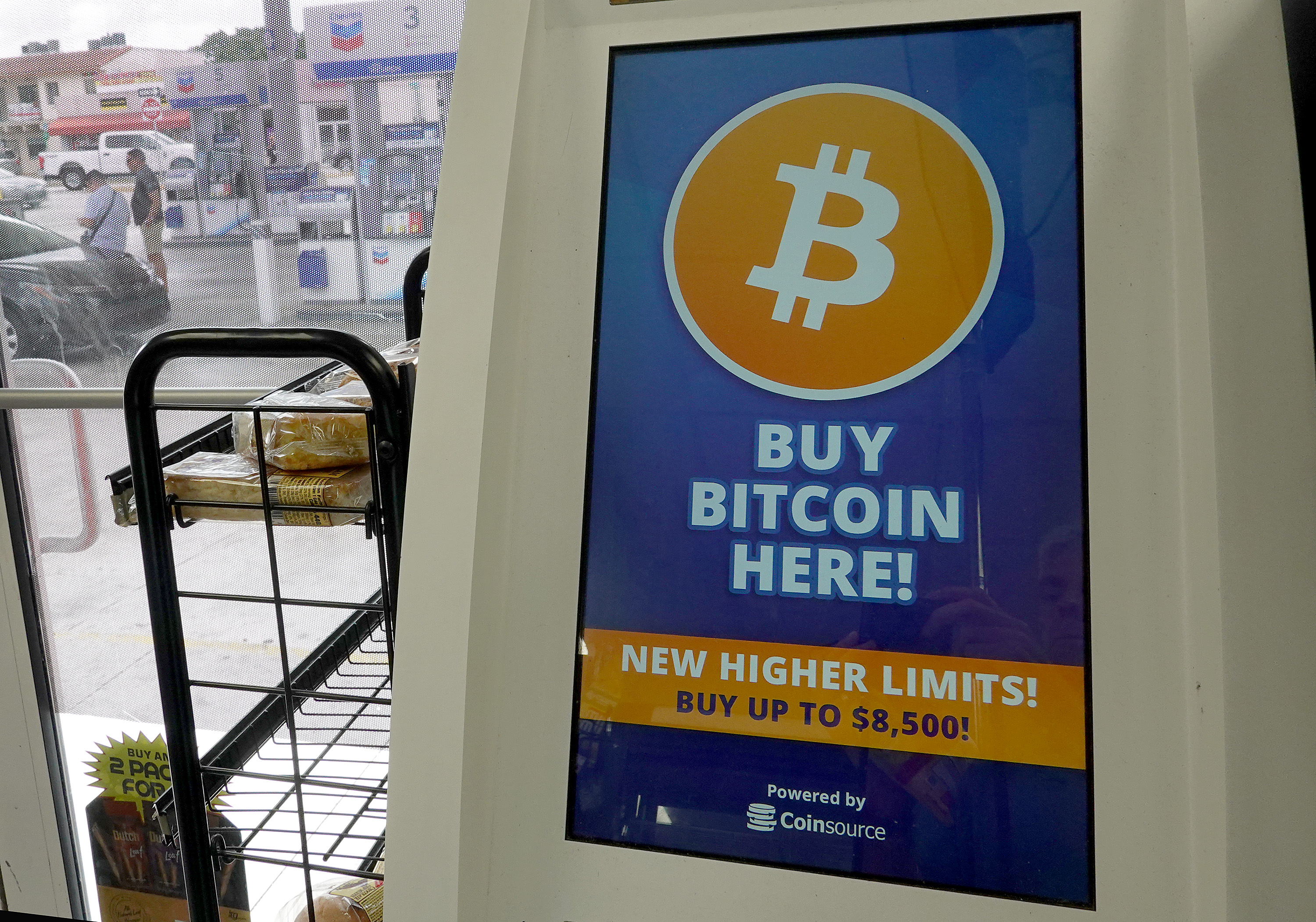 A cryptocurrency ATM setup in a convenience store on May 12, 2022 in Miami, Florida. Joe Raedle/Getty Images

Martin C. Schmalz, professor of finance and economics at the Saïd Business School, University of Oxford, believes that Bitcoin is not an inflationary hedge, also noting how changes to interest rates appear to correlate with Bitcoin's stability, despite its fixed supply.

"If you push an enthusiast on this issue, you will soon notice that, if they are able to recognize this fact, they will quickly refer to the future potential of Bitcoin to have currency-like properties.

"Of course, empirically that can only be disproven when said future arrives. However, we can know today that theoretically it makes little sense that a currency whose supply cannot be adjusted would ever be stable. Demand for the currency moves around, so its price will change unless supply is adjusted as well. The history of traditional currencies underlines that point."

Among the shocks to the cryptocurrency market was the collapse of the Terra stablecoin. Terra or UST was tied to the value of the U.S. dollar. When hundreds of millions of dollars of UST were sold, it lost its $1 tie, leading to a chain of events that caused the value of both it, and cryptocurrency LUNA (which exists on the same blockchain), to plummet.

Sarah Hammer, managing director of The Stevens Center for Innovation in Finance at The Wharton School, University of Pennsylvania, said the notion of whether Bitcoin could act as an inflation hedge could be affected by such tremors.

She said: "Stablecoins are different from Bitcoin. They are a cryptocurrency whose value purports to be pegged to an asset considered to be stable, such as the U.S. Dollar.

"UST (Terra) is an algorithmic stablecoin, which means it was backed by an on-blockchain algorithm that facilitates changes in supply and demand between the stablecoin and a native cryptocurrency (which in the case of UST was Luna).

"When the Terra peg broke, Luna Foundation Guard traded 52,189 bitcoins in an effort to support the peg. This may have had a direct downward pressure on the price of Bitcoin. Resulting price volatility may play into whether Bitcoin would be appropriate as an inflation hedge." 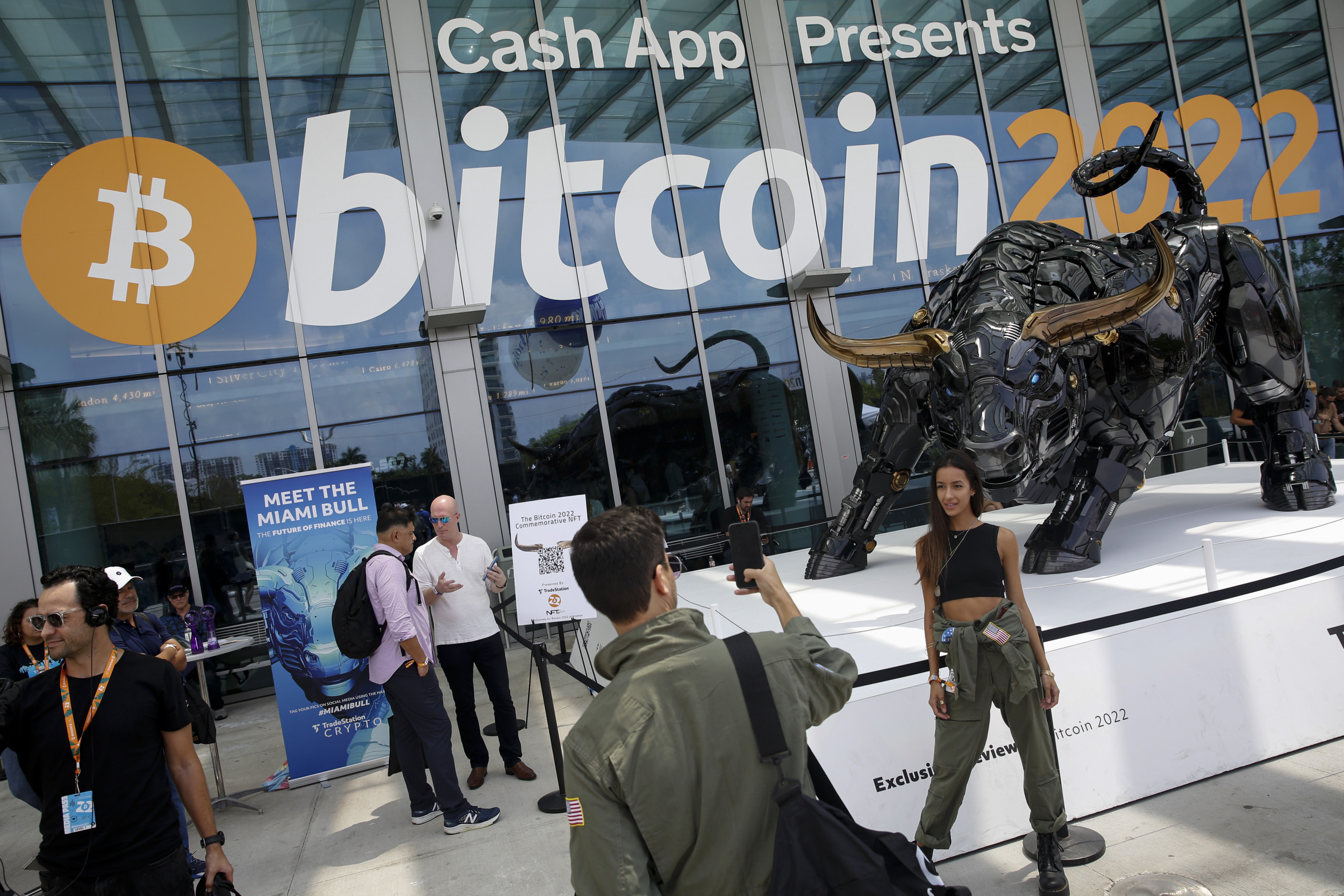 Attendees pose for photos in front of The Miami Bull during the Bitcoin 2022 Conference at Miami Beach Convention Center on April 7, 2022 in Miami, Florida. Marco Bello/Getty Images

Many have speculated that greater widespread adoption and regulation could broaden Bitcoin's appeal.

Nonetheless, Andrew Urquhart, professor of finance financial technology at the University of Reading, told Newsweek the very nature of Bitcoin as a decentralized currency could drive away some of its early proponents.

"Traditionally, Bitcoin was seen as an inflation hedge since there is a limited and known supply of Bitcoin, while USD/GBP can be printed by central banks—and they have printed a lot during/since COVID," Urquhart said.

"For instance, in March 2020, the amount of USD in circulation was $4.2 trillion and today is around $9 trillion. However, empirical studies suggest Bitcoin is not a hedge, but some have found it is. The findings differ due to their testing procedures.

"One possible reason why Bitcoin isn't such a good hedge as it once was, is the fact that the financial system is starting to accept Bitcoin. Bitcoin futures/options/ETFs are all now available, big institutions are buying Bitcoin, so the correlation between Bitcoin and other traditional financial assets is increasing.

"Personally, I believe Bitcoin could be a good hedge against inflation. However, we are currently in a crypto-recession and once we come out of it, Bitcoin may be an even better hedge."

It is perhaps in-part that Bitcoin's relative infancy, in tandem with its volatility and questions of its inherent value, has left some experts skeptical. The central question of whether it still has the opportunity to develop as a hedge with the same reputation as gold or real estate remains open.

Undoubtedly, the potential of Bitcoin's value both financially and in broader payment systems has gathered worldwide momentum.

The tone of the conversation surrounding it has led to widespread retail and institutional buy-in, with many convinced of the returns it may deliver. Should that momentum rebuild or even surpass its previous highs, the discussion of whether it is an effective hedge for inflation may reappear in greater force.

For now, it seems, the jury remains undecided.