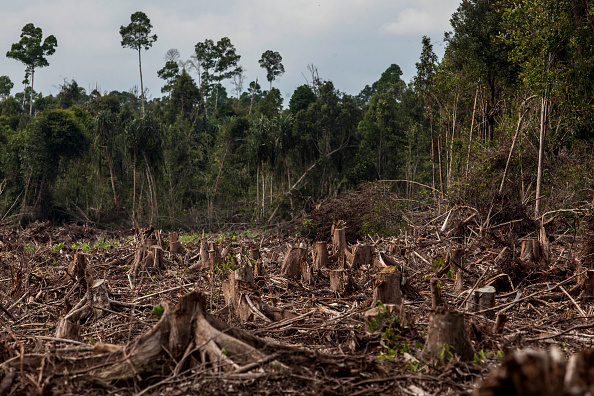 Paul Clements-Hunt, who coined the term ESG in 2004, said scrutiny of supposedly ethical investments was increasing

The investment community has been sent into a spin after Stuart Kirk, global head of responsible investing at HSBC, was suspended by the bank for telling a conference that climate change was “not a financial risk we need to worry about” and there was always “some nut job telling me about the end of the world”.

But Paul Clements-Hunt, who coined the term ‘ESG’ while working as a UN official in 2004, told City A.M . the furore showed the sustainable investment marketing frenzy was coming to an end, as investors grow sceptical of the reality behind investment strategies that are packaged as responsible and sustainable.

“Marketing sustainability, green and ESG, however an asset manager wished to package it, was an easy win for asset gathering over a couple of years or more,” he said.

“But increasingly managers will be held to account as policy-makers, prudential oversight institutions and regulators seek to end a Klondike gold rush for easy assets.”

“The very best, the most talented will join institutions whose culture and values are aligned with sustainability,” he told City A.M.

Kirk’s comments to the Financial Times Moral Money conference last week, of which HSBC was a ‘strategic partner’, have ignited a fierce debate across the asset management industry.

Kirk was swiftly condemned by HSBC boss chief executive Noel Quinn and Nuno Matos, head of HSBC’s wealth and personal banking business, who both claimed Kirk’s comments did not represent those of the firm.

Other asset managers have similarly rounded on HSBC and Kirk for the comments.

Rev Dr Andrew Harper, Head of Ethics, Epworth Investment Management, the asset manager of churches and charities, told City A.M. : “Off the back of their latest greenwashing scandal, one has to ask if the bank is seriously committed to the science, or if they see those of us who are as fools.

“We also note that Mr Kirk’s comments focused on the remote and future risk to Miami – a favourite party spot for bankers – over a nation like Bangladesh, where the threat of climate change is severe and immediate but perhaps less obvious from 8 Canada Square.”

But some have come out in support of Kirk, with asset management giant BlackRock’s former investment chief saying Kirk had injected a “dose of honesty into a debate that is otherwise leading us nowhere”.

“[Kirk’s] comments won’t be appreciated by bank executives, who view this as a sacrilegious divergence from the virtue signalling official party line, nor by many climate activists who mistakenly believe that this is the way to address climate change,” Fancy told Financial News.

The uproar over the comments comes amid a global reckoning for the ESG label, after billions of dollars of supposedly ethical funds were found to be tied up in Russian state-backed firms and oil majors.

A recent survey by consultancy BFinance found that around 39 per cent of fund managers were now reconsidering their ESG approach in light of the war, with the inclusion of Russian firms and weapons manufacturers in supposed socially conscious investment strategies among the top reasons cited.

Analysts at BFinance said there was a sense from investors that “more scrutiny” is needed into ESG policies going forward.