It was an unusual sight at New York's Central Park as a huge cube made out of pure gold was just standing there with a lot of security surrounding it.

Since the cube is made out of pure gold and is potentially made out of the most expensive metals and worth around $11.7 million (£8.6 million), it definitely needs to be secured.

This artwork is known as Simply Gold Cube or Castello Cube which is created by German artist Niclas Castello, who had a special kiln built in order to cast his cube of 186 kilograms of pure 24-karat gold.

New in NYC: A cube made from $11.7 million worth of solid gold is sitting in Central Park—and has its own security detail: https://t.co/DTsqhgCcbc pic.twitter.com/5kXUDSVnS9

If this simple cube seems too easy to make, it wasn't. It was left in burning temperatures of 1,100C in order to make the box of just over a foot and a half, which also has a thickness of around a quarter of an inch.

The cube was brought out for the first time into the Naumburg Bandshell at around 5:00 am yesterday morning, where it was left for the rest of the day.

According to the artist's team, this work isn't for sale. But based on its price, it would fetch at least $1,788 (£1,314) per ounce. The gold cube weighs 186 kgs, which explains why the overall valuation is so huge.

Castello told Artnet News that the work is ‘a conceptual work of art in all its facets’ and said that his overarching idea behind the whole project was to ‘create something that is beyond our world—that is intangible’.

The artwork is also accompanied by a cryptocurrency, which was launched in conjunction with the cube only because the artist wanted to get with the times. 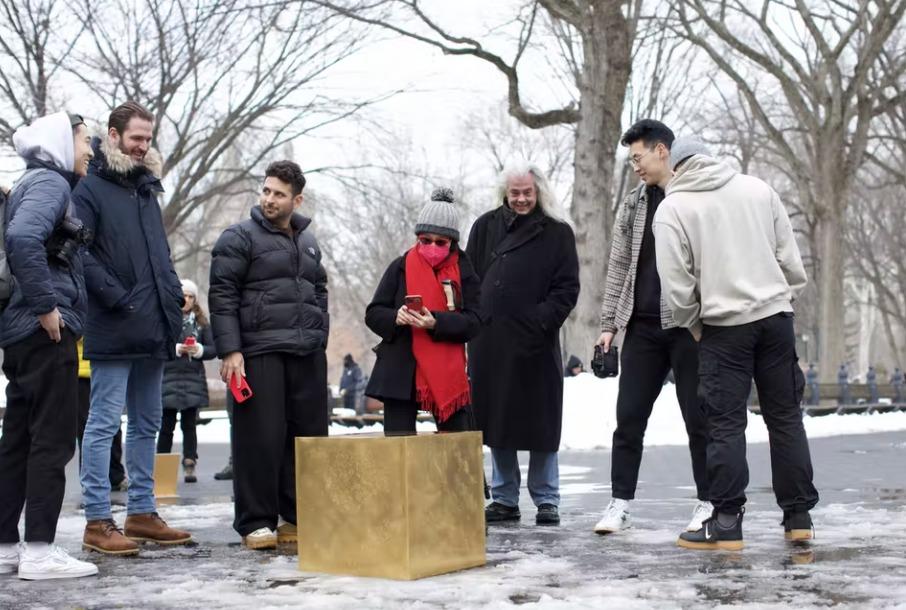 It’s called the Castello Coin and will be traded as $CAST.