As most of the cryptocurrency market starts to turn green once again after a prolonged bearish period, its flagship asset – Bitcoin (BTC) – is recovering as well, with investors and traders carefully watching for signs of important levels that will make sure it continues its bullish run.

According to prominent crypto trading expert Michaël van de Poppe, Bitcoin would need to flip the $30,300 price level so it could continue advancing towards $31,800, as Poppe said in his tweet on June 3: 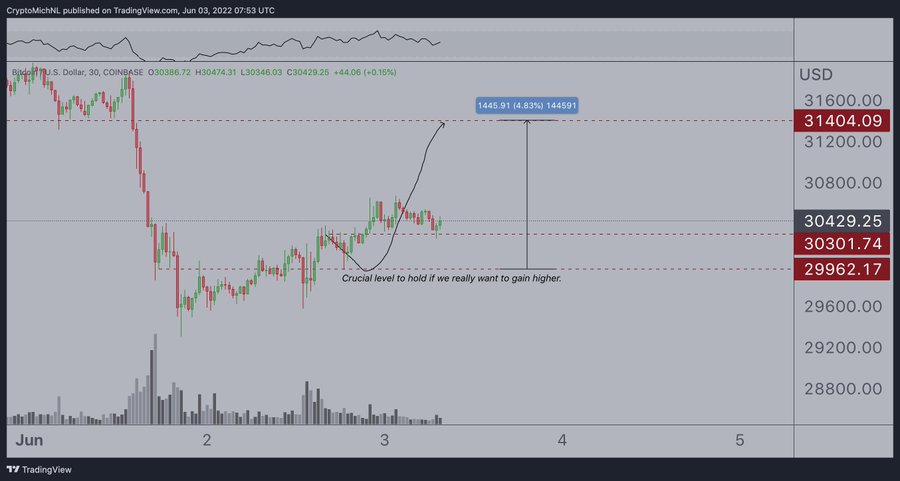 Meanwhile, Bitcoin has reclaimed its 10th spot as the world’s most valuable asset in the world, on the list of 6,265 commodities and companies dominated by gold, Apple, and Saudi Aramco, and altogether worth $86.51 trillion. 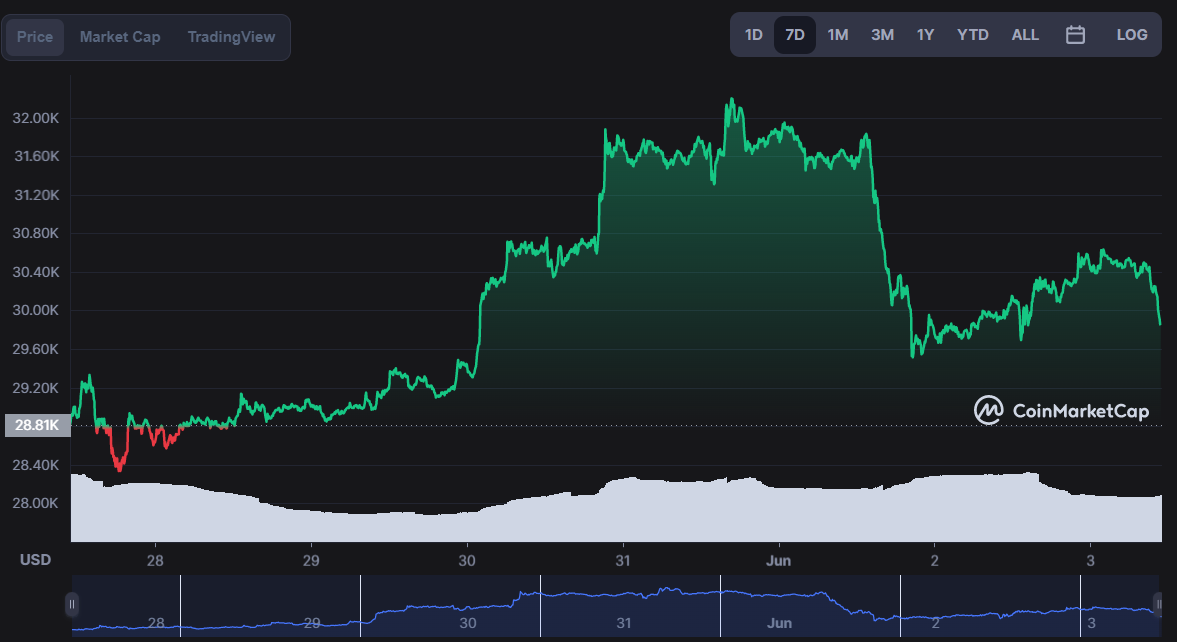 At the same time, the crypto community at CoinMarketCap has predicted, with 80% historical accuracy, that Bitcoin would trade above the $41,000 mark by the end of June 2022, with the votes of over 24,000 community members, as reported by Finbold.

That said, the price may experience changes based on various factors, including the recent news of the White House preparing the first-ever policy targetting Bitcoin mining to address factors like the sector’s energy regulation and climatic impact.

Bitcoin and other proof-of-work (PoW) protocols have long been criticized as harmful to the environment, leading to the New York Senate recently passing a bill that imposes a two-year embargo on any new carbon-based fuel-powered PoW mining projects in the state of New York.

Disclaimer: The content on this site should not be considered investment advice. Investing is speculative. When investing, your capital is at risk.