Carbon Streaming: A Cheap Company In A Unique Space 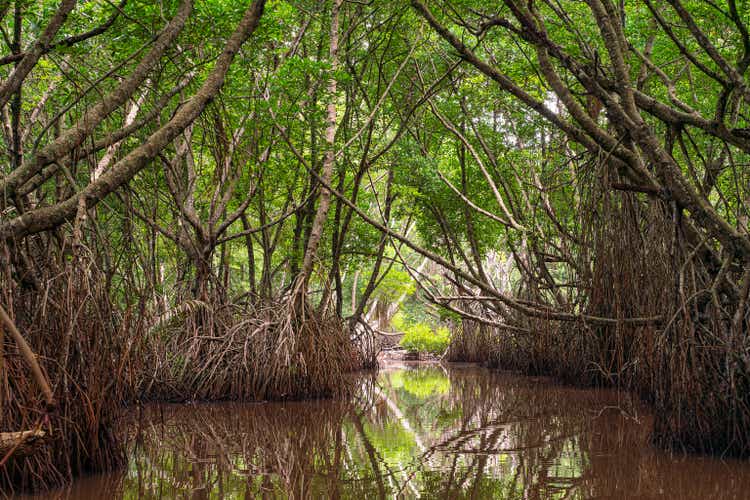 Carbon Streaming has caught my eye as they are a new company on a relatively unknown exchange running an attractive business model in a controversial space. When digging into the company I saw an industry that wasn't going to go away without a radical change in Western countries' current goals. I then saw deep value in the assets of the company.

Carbon Streaming Corporation (OTCPK:OFSTF) IPO'd in Canada on the NEO Exchange on July 27, 2021, in which it trades under NETZ. The company also trades on the OTC market in the United States and is applying to list on the Nasdaq. The company is the first mover in the carbon royalty space starting the company in 2020 through a reverse take-over. They currently are the only public carbon royalty company and have only one competitor in the private market that goes by the name Carbon Royalty.

The company uses the same business model as Wheaton Precious Metals and other streamers, which is known to be a very profitable business model. The way Carbon Streaming describes its business of a carbon stream is " 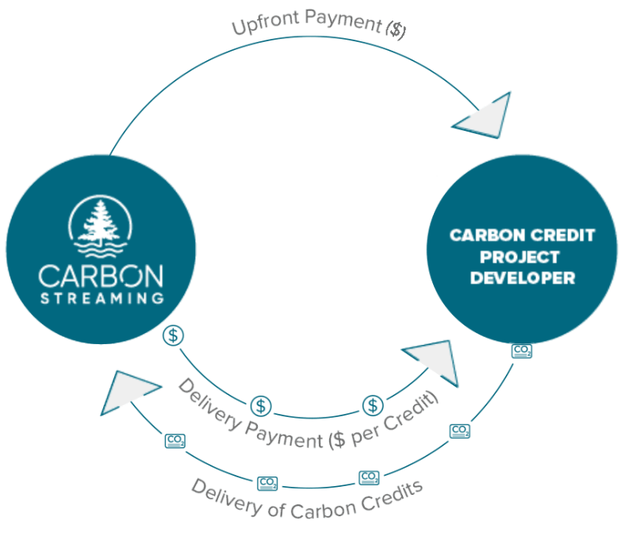 What is a Carbon Credit

A Carbon Credit is a credit that can be used to offset an individual's or organization's carbon emissions. They can come from a variety of carbon-negative projects with different products producing different values of carbon credits based on the impact the project has on the environment, society, and other causes. The desired effects of the projects vary from different verifiers. The largest of these are VERRA and Gold Standard.

These credits can be bought and sold on the open market until they are retired. They can almost be thought of as a Commodity as they are priced through grade, supply, and demand.

When you examine the financial statements you can see this is an early-stage company that has had very little revenue so far. This type of speculative company gets crushed in a low growth increasing rates environment. However, this company is currently approaching great value levels. You can see below multiple ratios that demonstrate just how cheap this company is becoming.

Looking at these ratios you may think this company is trading appropriately based on market conditions. One begins to get a better idea of the value that investors are missing however when you look at the value of their projects. Keep in mind that only ~$32 million has been spent on these projects so far with another $18 million committed. Below you can get an idea of what the projects are worth. 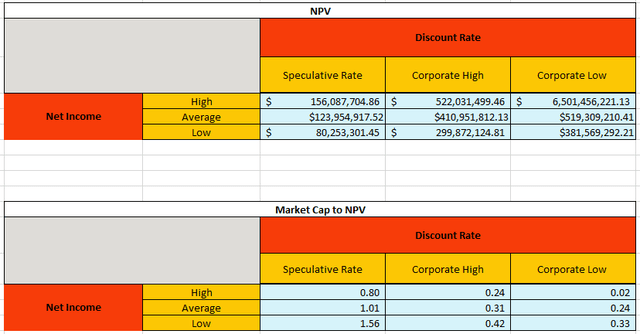 For more context, I lean more into using the middle column for valuation. The Discounts rates I used in order are 50% for pre-development projects, 25% for developing projects, for corporate high at 11%, and for corporate low at 8%. For net income, I used 75% for high, 60% for average, and 45% for low. I used the gold royalty companies as a baseline. I'd like to thank Carbon Streaming for providing a range of discount rates for me to use.

When adding the company to the company's non-allocated cash and assets to the valuation you can see that you are able to pick up this company at pennies on the dollar even when using high discount rates. And this is not a company that has a high cash burn as of the last report they were only spending roughly $650,000 a month. It is important to note however that a large part of employee compensation has been coming out of stock compensation which is diluting shareholders. I don't see this as a negative however as I do like to see large insider ownership. 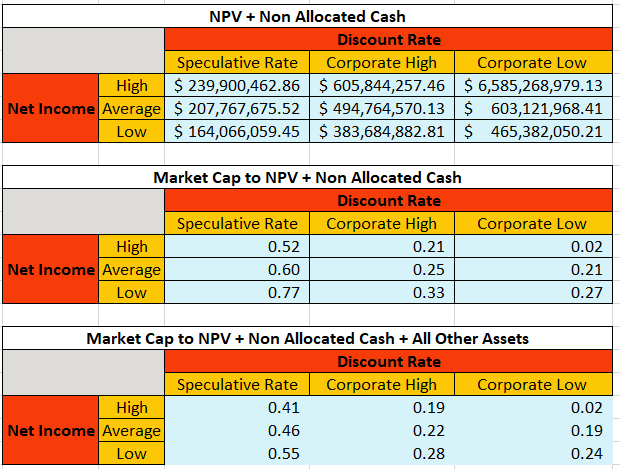 Pre-revenue companies are facing substantial headwinds via rising interest rates and rising inflation. While Carbon Streaming is expected to start to generate revenue in late 2022, and early 2023 which will mitigate some headwinds they still trade on a small exchange in Canada which prevents large rules-based investors from investing. As Carbon Streaming grows its market capitalization and is permitted to up-list onto bigger exchanges large pools of capital should begin investing. Specifically ESG and environmentally conscious investors. For the reasons mentioned at the beginning of the paragraph I don't believe Carbon Streaming will quickly move to the upside. Over the long term, I believe this will be a multi-bagger.

Carbon Streaming Corporation is a new company in a developing sector using a business model that is proven to be successful. The company is down 78% YTD and is now trading at a deep discount to the asset value. The company is seeing headwinds currently but these should ease as the company begins to generate revenue from operations. As the company continues to grow the company should continue to attract large pools of capital as it plays well into the ESG and environmentally sustainable Narratives. Investors need to carefully examine their risk tolerance when investing in this company as there will be volatility but for those who are long-term investors I believe will be greatly rewarded. I rate this Carbon Streaming Corp a buy.

BBA From the University of Prince Edward Island with a Masters in Finance from Saint Marys. Investing and trading Canadian and American Markets since 2016.

Disclosure: I/we have a beneficial long position in the shares of OFSTF either through stock ownership, options, or other derivatives. I wrote this article myself, and it expresses my own opinions. I am not receiving compensation for it (other than from Seeking Alpha). I have no business relationship with any company whose stock is mentioned in this article.