Bitcoin Bull Says BTC Could Hit $250K in the Future — Should You Buy While Retirement Planning? 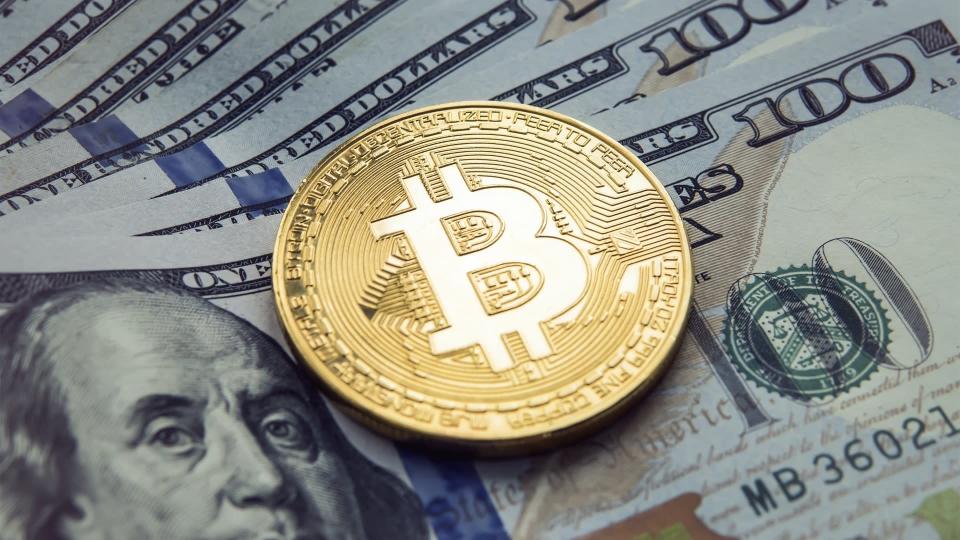 Bitcoin bull Jan van Eck, the CEO of $80.4 billion asset manager VanEck, believes bitcoin — which has been on a bit of a downturn as of late — will reach $250,000. One caveat, however: van Eck suggests achieving such a price point could take decades. If that’s indeed the case, does it further bolster the case for investors to include the crypto in their retirement portfolios?

Discover: Best Cities To Retire on a Budget of $1,500 a Month More: 6 Signs You Can’t Afford To Retire

Garry Krugljakow — founder and CEO of GOGO Protocol, an open-source DeFi protocol for asset management and savings — told GOBankingRates to be extremely skeptical of anyone giving price predictions for bitcoin, however.

“I’ll listen to the CEO of VanEck more than I will crypto influencers tweeting that bitcoin is going to a million dollars by 2030, but I am skeptical either way,” Krugljakow said.

“I’m not saying he is wrong — I think it’s plausible that bitcoin is worth $250,000 by the middle of the century — but the CEO of a company with lots of crypto assets has his own motivations for going to the media and talking about how well he thinks bitcoin is going to do,” Krugljakow said, adding that, “[I] recommend Bitcoin to most people I know, and I think it’s a great fit in retirement accounts because the growth potential is so high over the long term… but don’t buy bitcoin because CEOs are telling you how valuable it is, buy it because you believe in bitcoin’s mission.”

Related: 6 Alternative Investments to Consider for 2022

VanEck, which applied for a bitcoin exchange traded fund (ETF) with the Securities and Exchange Commission (SEC) in March 2021, is still waiting — just as many of its peers — for an approval. VanEck says that adding bitcoin to a portfolio may potentially increase diversification because of its low correlation to traditional asset classes, including broad market equity indices, bonds and gold. The VanEck Bitcoin Trust’s investment objective is to reflect the performance of the MVIS CryptoCompare Bitcoin Benchmark Rates, according to the ETF’s prospectus.

Now, firm CEO van Eck told Barron’s that the SEC doesn’t want to approve a Bitcoin ETF “until it gets jurisdiction over the underlying cryptocurrency exchanges, which has to happen through legislation. And in an election year, it’s unlikely that legislation will happen.” Van Eck remains extremely bullish on the crypto, however, telling Barron’s that, “investors see it as a complement to gold. That’s the short version. Bitcoin has limited supply; the supply is visible. And it’s very hard, almost impossible, to change that.”

Other Crypto Experts Weigh in on Bitcoin as Retirement Asset

Some industry experts believe that one must look at bitcoin holistically to assess whether it’s a right fit for a retirement plan — or not.

“You do need a longer time horizon when investing in bitcoin than other traditional or crypto assets, which actually makes it well-suited for retirement accounts,” Anthony Georgiades, co-founder of NFT infrastructure protocol Pastel Network, told GOBankingRates. Georgiades added that bitcoin has the potential to increase in value over time, but you shouldn’t expect it to increase as dramatically and as quickly as it has in the past.

“However, I do believe it has finally stabilized after the recent downturn and that it has matured as the crypto market has matured,” he said. “Despite its recent performance, bitcoin is a long-term asset with serious opportunity to bolster society, and if you have the time and patience, you have the possibility to see returns on your investment, in more ways than one.”

Other industry insiders believe whether bitcoin is a good retirement asset or not might depend on how far away you are from retiring.

POLL: Are You Concerned That Social Security Benefits Will Be Reduced During Your Lifetime? Live Updates: Inflation and More Economic News

Mahin Gupta, founder of Liminal, told GOBankingRates that if you are already retired, or about to retire, bitcoin might not be the best option for you. Gupta indicated that the volatility of prices means that, if you are planning to withdraw a steady sum from your account every month, the amount of bitcoin required could vary wildly.

“Still, bitcoin has generally increased in value over its lifespan, so if you are going to buy, now is the time while prices are low,” Gupta said. “After all, if you buy now, your investment will be doing well whether you are selling some bitcoin at $60,000 or at $90,000. For anyone under the age of 50 however, bitcoin absolutely belongs in a retirement account. With markets seemingly having bottomed out, bitcoin is a relatively low-risk asset with huge upside potential.”

Gupta added that, “global adoption by financial institutions and countries is speeding up, not slowing down — bitcoin might be down, but it’s nowhere near out.”

This article originally appeared on GOBankingRates.com: Bitcoin Bull Says BTC Could Hit $250K in the Future — Should You Buy While Retirement Planning?