This 1955 Packard Caribbean is one of 500 convertibles built for the model year. It is said to have spent time in California before it was acquired by the seller’s father as a non-running project in 2015 and subsequently refurbished. The car is finished in white with charcoal and pink accents over color-coordinated upholstery, and power comes from a 352ci V8 paired with an Ultramatic two-speed automatic transmission. Features include a white soft top, power windows, and an AM radio, while modifications consist of front disc brakes and an alternator conversion. This Caribbean convertible is now offered by the seller on behalf of its current owner with service records, spare parts, and a clean Arizona title. 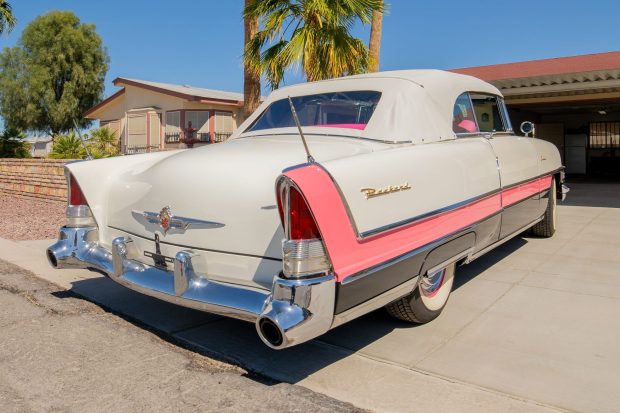 The Packard lineup was redesigned by Dick Teague for the 1955 model year, with the range-topping Caribbean convertible carrying a base price of $5,932. This example is said to have received bodywork under current ownership before it was painted in its current shade of white with charcoal and pink accents. A replacement windshield was installed, and brightwork was replated at that time. Features include chrome bumpers, “cathedral” taillights, dual exhaust that exits through the rear bumper, dual antennas, gold badging, fender skirts, dual fender-mounted mirrors, an egg-crate grille, and dual faux hood scoops. A piece of chrome trim is missing from the right fender skirt, and the windshield wiper arms are also missing.

This is a re-list after the vehicle was previously sold on BaT in April 2022 and the winning bidder failed to follow through with their commitment to purchase. This was not due to any fault with the vehicle. The winner has been banned from future participation on BaT and their buyer’s fee was not refunded. 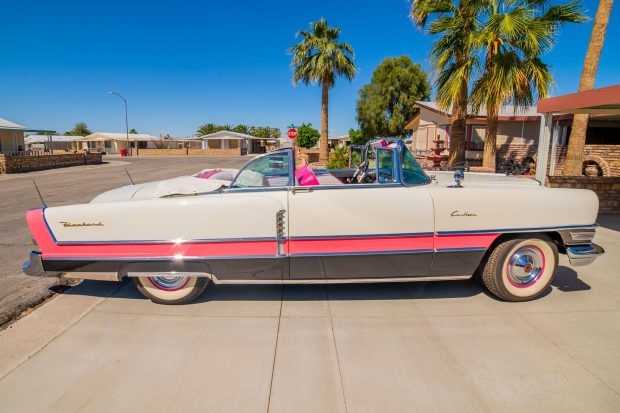 Pink-painted 15″ steel wheels wear chrome hubcaps and are mounted with Coker Classic whitewall radial tires, and a matching spare wheel and tire are mounted in the trunk. The Torsion-Level suspension system was introduced in 1955 and featured frame-mounted torsion bars, rear sway bars, and a front roll bar. The electric rear self-leveling rear system was rewired by Local Auto Service and Restoration of Tempe, Arizona in June 2021. Front disc brakes were installed under current ownership, and the power steering box was rebuilt. 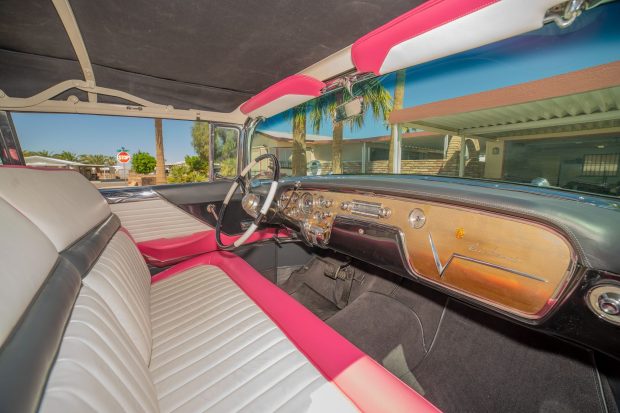 The interior features front and rear bench seats that were retrimmed in pink upholstery with white and charcoal accents by All-American Upholstery of Tempe, Arizona during the refurbishment. Coordinating door panels are fitted along with black carpets, and additional equipment includes power windows, a gold anodized dashboard panel, an AM radio, a heater, and rear robe rails. The seller notes that the front bench power adjustment switch is inoperative, and the rear power windows require adjustment. 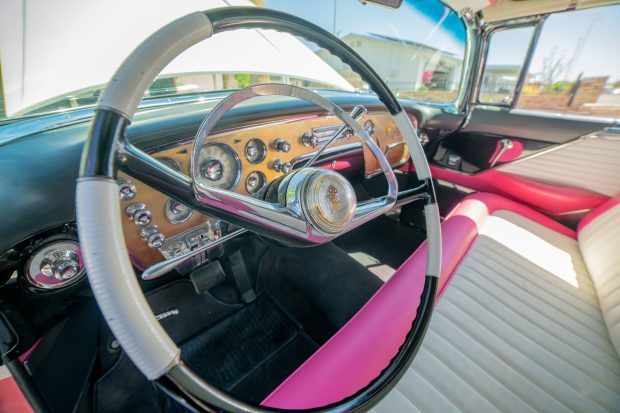 The two-tone steering wheel features a chrome horn ring and frames a 120-mph speedometer and auxiliary gauges. The gauge cluster needs to be rebuilt according to the seller. The five-digit odometer is said to show under 85k miles, approximately 50 of which were added under current ownership. Total mileage is unknown. 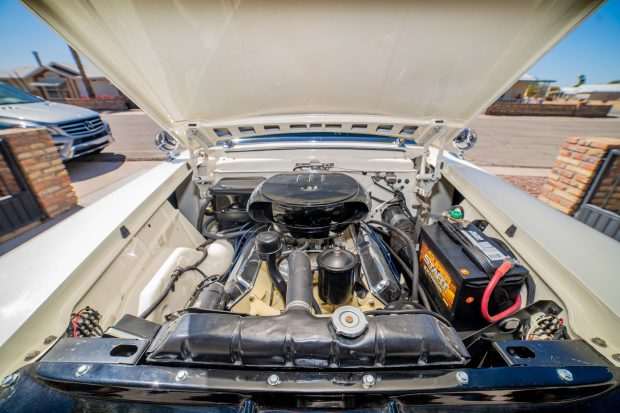 The 352ci V8 features polished valve covers and was factory rated at 275 horsepower at 4,800-rpm. The engine is said to have been rebuilt under current ownership, and an alternator conversion is fitted along with an replacement intake manifold. The seller states that a dual carburetor manifold is included in the sale, but the associated air intake is not included. 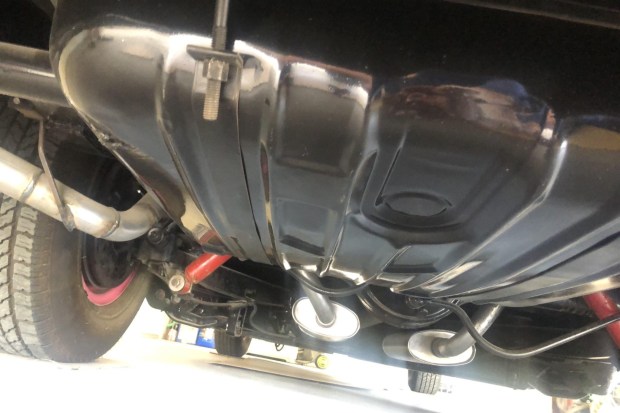 Power is sent to the rear wheels via an Ultramatic two-speed automatic transmission that is said to leak.