Fintech, or Financial Technology, is an explosive trend which is poised to disrupt many large incumbent banks. The Global Fintech Market was valued at $112 billion in 2021 according to Vantage Market Research and is poised to reach $333 billion by 2028. The industry is expected to achieve a metoric 19.8% compound annual growth rate (CAGR) over this period.

Most retail investors dont get a chance to be exposed to the innovative and early-stage fintech companies until they go public at a sky high valuation. However, there is one way that average everyday investors can get in on venture capital, and that is buy buying the shares of publicly-traded venture capital firms.

In this article, we'll dive into Augmentum Fintech PLC (LSE:AUGM), a U.K.-based venture capital firm which invests into fintech and is publicly traded. This firm offers a method of getting indirect exposure to some of the most early stage and disruptive technology in the U.K. 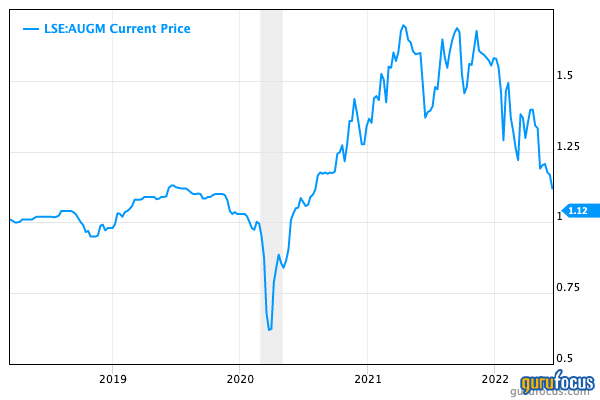 Augmentum Fintech PLC (LSE:AUGM) is a venture capital firm which focuses on investing into early stage fintech companies based primarily in the U.K. and Europe. They were founded in 2017 and had their IPO on the London Stock Exchange in 2018. Since then, the company has invested into 22 disruptive and successful fintech companies.

One of the company's early success stories was an investment into the online stock broker Interactive Investor in 2018. They invested as part of the seed portfolio at a valuation of approximately 3.8 million British pounds ($4.6 million). Flash forward to just a couple of years later and Interactive Investor has a planned acquisition by a large asset manager. The result for Augmentum will be an Internal Rate of Return (IRR) of a meteoric 87%.

Augmentum's investments include the following:

The companys investments are well diversified across early, mid and late stage companies:

Augmentum doesnt just provide investment capital; they also offer a value add strategy. Generally, in the venture capital world, the best companies have a range of investors to choose from and thus the proven ability to add value becomes a differentiating factor and helps them to secure future deals. The firm helps their investment portfolio companies with the following:

Revenue for the trailing 12 months was 49 million, with 46 million in net income. 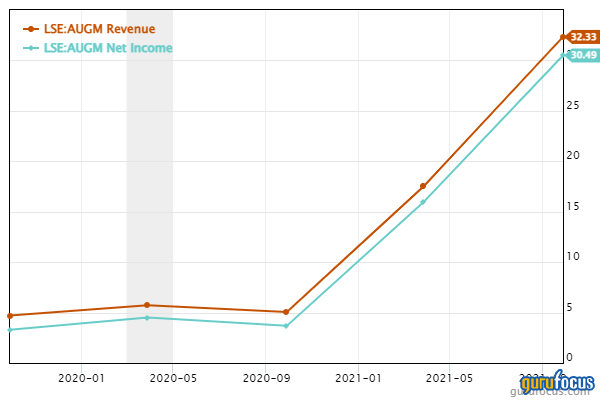 In terms of valuation, the companys net asset value (NAV) was between 223 million and 267 million as of September 2021 (the end of the most recent full fiscal year). To put things into perspective, the market capitalisation of the company is 200 million, and thus the stock is ~10% undervalued, assuming the investments have not lost value between the end of the fiscal year and now.

However, the company hasnt released any future updates regarding portfolio valuation since September 2021. This may be due to the growth stock market correction caused by inflation and thus they may be delaying disclosure. Additional, venture capital in general implies a higher level of risk and lower transparency.

The stock trades at a price-earnings ratio of 7, which is lower than historic levels. 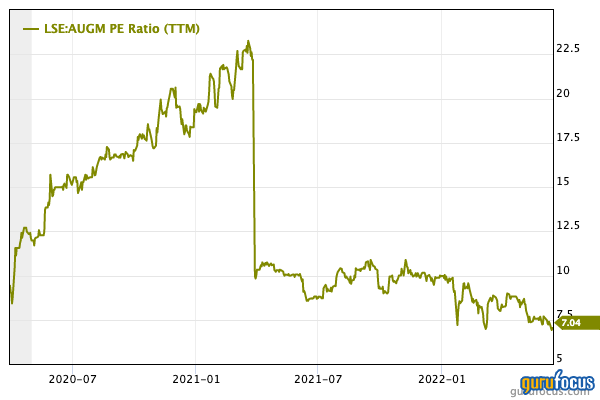 Augmentum is a fantastic and unique company which gives retail investors exposure to venture capital in the fast growing fintech market. The stock price has currently pulled back significantly and thus is now undervalued, in my opinion.

This article first appeared on GuruFocus.