Recap: Asian equities rose yesterday following a strong performance on Wall Street ahead of the release of jobs data, while crude gave up some of the previous day's gains after an output increase disappointed traders. 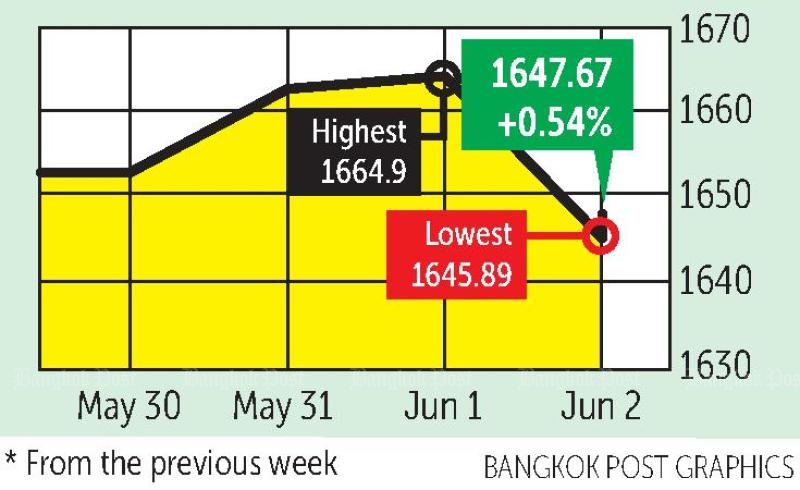 Newsmakers: Opec and its allies have agreed to increase output in July and August by 648,000 barrels per day (bpd), 50% more than planned earlier, to make up for an expected shortage of Russian crude from world markets.

Russia is currently producing about 15% less than its target of 10.8 million bpd, and further decreases are expected later this year as the European Union's effort to stop most Russian oil purchases takes effect.

The relaunch of the Luna cryptocurrency got off to a rocky start with a 75% drop in value. The collapse last month of Luna and its sibling TerraUSD led to $500 billion in losses in the broader crypto market.

Singapore Airlines is committing to a strategy of working with international partners and establishing overseas hubs after the pandemic exposed the financial dangers of not having a domestic air travel market.

A near doubling in cotton futures to 11-year highs, hard on the heels of a spike in freight and fuel prices, is clobbering Asian apparel makers while their global customers are reluctant to absorb the extra costs.

The 3.19-trillion-baht budget for fiscal 2023 passed its first reading in the House on Thursday night, by a comfortable margin of 278-192, as the political mischief feared by some did not materialise. Second and third readings are scheduled for August.

The government is expected to meet its revenue collection targets for the 2022 and 2023 fiscal years, helped by increased exports and a tourism recovery, says Finance Minister Arkhom Termpittayapaisith.

The country recorded a current account deficit of $3.4 billion in April after a surplus of $1.2 billion in the previous month, the central bank said on Tuesday.

The Finance Ministry will sell 55 billion baht worth of government savings bonds next month to help finance the budget deficit.

The growth of exports, tourism and the agricultural sector supported economic expansion in April, according to the Fiscal Policy Office.

Thai exports grew for a 14th consecutive month in April, up 9.9% from a year earlier after a 19.2% gain in March, despite pressure from a host of factors.

The Joint Standing Committee on Commerce, Industry and Banking expects export growth to slow for the remainder of the year.

The country's official unemployment rate dropped in the first quarter to its lowest level since the start of the pandemic, but business groups say the figure of 1.53% is highly misleading because it includes casual labour and does not reflect the plight of the many who lost full-time jobs.

Kasikornbank (KBank) is preparing to buy a majority stake in Indonesia-based PT Bank Maspion Indonesia to strengthen its regional banking business. The two-stage process will lift its holding to 67.5% from the 9.99% it has held since 2017.

Thailand's ranking in the Travel and Tourism Development Index 2021 dropped to 36th place from 35th, with safety and security plunging to the lower end of the table.

The government wants to promote long-stay visits and retirement living to the over-60 crowd as a new revenue source.

The Oil Fuel Fund Office is asking for money from the central government budget to prop up liquidity as it is spending 7 billion baht a month on diesel subsidies.

The Thai food industry is enjoying higher overseas purchase orders, attributed to the impact of the Russia-Ukraine war, but the windfall may be short-lived as a severe labour shortage in the food sector remains unsolved.

The government is considering tax incentives for companies that participate in ongoing efforts to reduce carbon dioxide emissions.

The Commerce Ministry aims to promote and upgrade hemp fibre in the textile industry as it offers high potential in the global market under the bio-, circular and green economic model.

Four companies -- two of them local -- are reportedly interested in an auction for new petroleum exploration and production licences in the Gulf of Thailand, with results due in February next year.

Japan will release first-quarter GDP on Wednesday. the Reserve Bank of India will announce its rate decision and Britain will release May construction PMI.

Stocks to watch: Asia Plus Securities recommends investors allocate approximately 80% of their portfolio to stocks and hold 10-20% in cash this month. The brokerage suggests investing in construction contractors, banks, tourism, hospitals and stocks that will benefit from further economic reopening. Its top picks include KBANK, SCB, STEC, MINT, BDMS and BH.

Capital Nomura Securities recommends investors focus on growth stocks and buy when the market corrects. It recommends allocating 55% to stocks, 20% to bonds, 10-15% in cash and the rest in gold. Its picks are SAPPE, ASIAN, GFPT and JMT.