Amazfit has launched a new T-Rex series rugged smartwatch. The Amazfit T-Rex 2 brings quite a few upgrades over its predecessor from a couple of years ago but comes a bit expensive too, at $229.99. It still offers a lot for its price, though.

The new Amazfit wearable features a 1.39-inch AMOLED touchscreen display. With 1000 nits of peak brightness, the screen is visible under direct sunlight, making it a perfect fit for adventures. Speaking of adventurous use, the device has passed 15 military-grade tests and can withstand extreme environments. Amazfit claims the watch will work just as fine in temperatures as low as -30 degrees Celsius (-22 degrees Fahrenheit). It is also 10 ATM water-resistance so you can wear it worry-free during rain, sweaty workouts, or swimming sessions.

If you’re going trekking, its dual-band (L1 and L5) positioning and support for five major satellite systems ensure precise tracking of your location and navigation route. The watch will also gain Route-import, Real-time Navigation, and Direct Return Navigation features with a software update soon. The latter will allow users to find the shortest straight-line route back to the point of origin.

The Amazfit T-Rex 2 features a blood-oxygen saturation monitor and will alert you of low oxygen environments if it detects major altitude changes. You also get heart rate and stress level monitors to ensure you’re on top of your physical and mental health as you enjoy your adventurous life away from the comfort of your home. All this while, you don’t have to worry about your smartwatch running out of battery because it can last for a whopping 24 days on a single charge on typical usage. In batter-saver mode, it can run for up to 45 days. 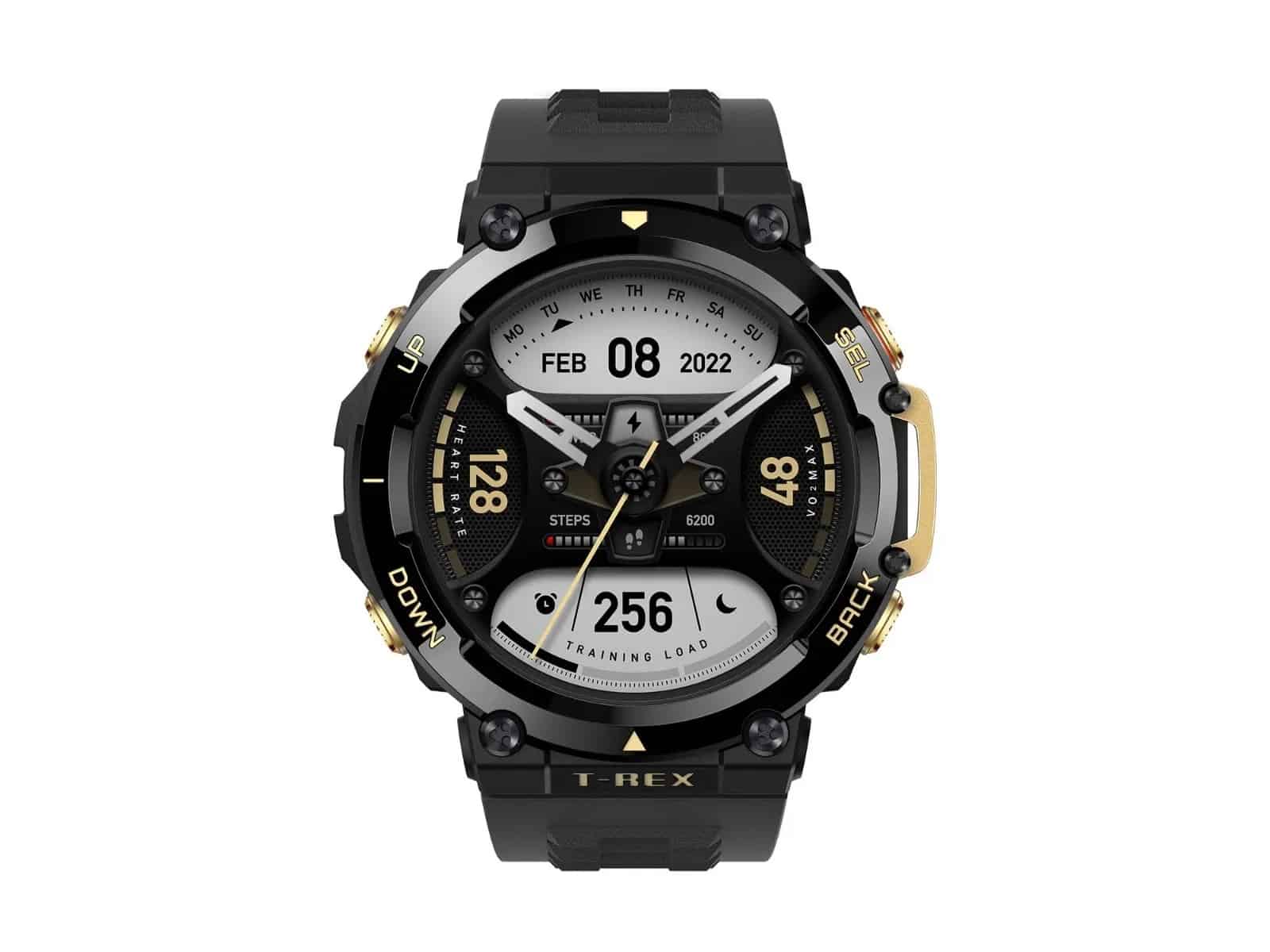 As said earlier, the Amazfit T-Rex 2 is priced at $229.99 in the US. The wearable comes in Astro Black Gold, Ember Black, Wild Green, and Desert Khaki colors, though some color variants may be limited to certain markets. It is already available to purchase from the company’s official website with free shipping, 30-day returns, and a 12-month warranty. Early buyers will also get the Amazfit Smart Scale worth $49.99 for free.

The new rugged smartwatch from Amazfit will also go on sale in Europe starting June 1st. Priced at €229.90, the T-Rex 2 will be available through the company’s official website as well as on Amazon. Amazfit says it plans to release the watch in other regions and countries very soon.