The start of 2022 had a tinge of optimism to it. Global populations were finally able to take a small and careful sigh of relief after having dealt with a historic pandemic that upended economies, livelihoods, and families. The start of the pandemic, in early 2020, had seen major American stock markets bleed more than one-third of their value as global lockdowns shattered demand and disrupted supply chains, leaving investors wary about the future of their investments. Subsequently, they exited shares and rushed towards safe haven investments such as gold and untried avenues such as cryptocurrencies.

However, the small respite was short-lived, as soon after the new year kicked off, Russia invaded Ukraine in the largest European invasion since the Second World War. Initially believed to only be a short-term affair, the invasion is now entering the second-half of 2022 and with it, is damaging an already fragile economy. Given both countries' importance to the global economy, particularly in terms of commodities and energy exports, inflation is surging to record levels and energy supply chains have once again become uncertain.

The effects of this latest crisis coupled with the United States Federal Reserve's plans to increase the interest rate are now taking their toll on the stock market and the economy. In order to keep households afloat during the pandemic and stimulate the business environment, the Fed reduced its interest rate and handed out stimulus checks. These injected trillions of dollars into the market and ended up significantly contributing to inflation. Now, the rate increase will at least partly aim toward curbing inflation, but at the same time, it will harden the business environment as firms' costs of borrowing, particularly to finance working capital will also increase.

As a result, the NASDAQ Composite stock index, which consists of most of the stocks on the NASDAQ exchange, is down by more than 30% over the course of this year. Similarly, the SP 500 index, which consists of some of the leading companies in the world, is down by 21% over the same time period. Others, such as the Dow Jones Industrial Average and the New York Stock Exchange Composite (NYSE) have bled 16% and 15% of their values year-to-date, respectively.

However, the recent stock market bloodbath has a silver lining. Since the markets are dropping mostly due to economic concerns and a general sense of foreboding, what this means is that some companies' share prices are not indicative of their fundamentals. In other words, even if their share prices are dropping, the general demand for their products and their position in the market stands to put them in a strong future position, which could very well be reflected in the form of hefty future share price appreciation.

In this piece, we will take a look at some of these companies. Today's list, as you'll find out, consists of firms from several industries that are crucial to the global economy and are set to benefit from recent changes. For instance, the semiconductor industry is estimated to grow at a compounded annual growth rate (CAGR) of 9.2% between 2022 and 2029, to stand at a value of $893 billion at the end of the forecast period.

Similarly, the banking sector always benefits from higher interest rates, and liquefied natural gas (LNG) is estimated to see strong demand from Europe as it weans itself off of Russian gas. Some of the top stocks that might catch your eye in today's list are Berkshire Hathaway Inc. (NYSE:BRK-B), NVIDIA Corporation (NASDAQ:NVDA), and the Taiwan Semiconductor Manufacturing Company Limited (NYSE:TSM). As always though, all investment decisions should be made only after consulting a qualified and licensed professional. 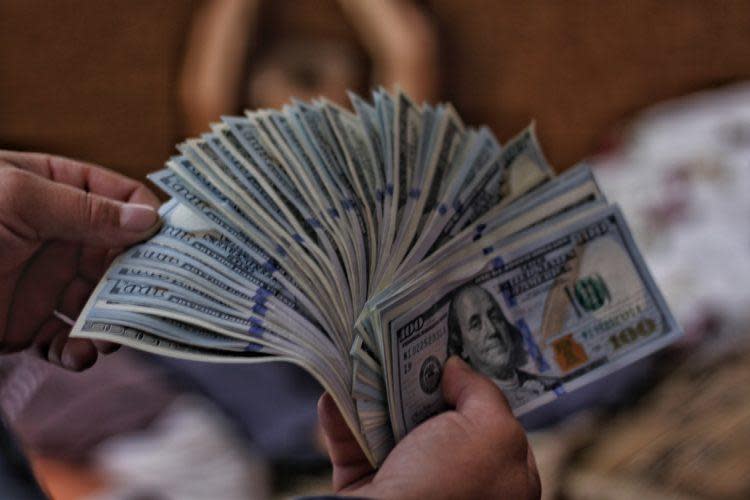 Photo by Viacheslav Bublyk on Unsplash

In order to sift out which stocks may do well in the future despite a recent downturn in the market, we first took a look at several industries that should see their fortunes improve due to their products and the nature of the global economy, as well as technological and geopolitical trends. Following this, companies in these industries were analyzed and their recent earnings, analyst ratings, relevant news, and hedge fund sentiment from Insider Monkey's Q1 2022 database of 912 hedge funds were considered to form a complete list.

Shell plc (NYSE:SHEL) is one of the largest oil companies in the world. It is an end-to-end oil and gas company, since it explores, extracts, refines, transports, markets, and sells crude oil, petroleum, liquefied natural gas, bitumen, lubricants, aviation fuel, and other products. Shell plc (NYSE:SHEL) was founded in 1901 and is headquartered in London, United Kingdom.

By the end of its fiscal first quarter, Shell plc (NYSE:SHEL) raked in $84 billion in revenue and $1.20 in non-GAAP EPS, beating analyst EPS estimates. The company's future prospects appear bright especially when a recent announcement by United States President Joe Biden is taken into account. President Biden, worrying about the impact of high fuel prices in his country and on upcoming elections, urged oil companies to increase their output in June 2022.

Research firm Barron's reaffirmed Shell plc (NYSE:SHEL)'s importance as it pointed out in June 2022 that the company is set to be one of the beneficiaries of a new investment cycle in energy stocks. Insider Monkey's hedge fund data shows that funds with ownership of the stock fell to 37 during Q1. Shell plc (NYSE:SHEL)'s largest investor in our database is Ken Fisher's Fisher Asset Management, which owns 19.5 million shares that are worth $1 billion.

Cheniere Energy, Inc. (NYSE:LNG) is an American midstream oil and gas company. It focuses on the liquefied natural gas (LNG) sector of the energy industry. Cheniere Energy, Inc. (NYSE:LNG) operates two LNG terminals in the United States, has several pipelines in the country, and also markets the gaseous fuel. It is headquartered in Houston, Texas.

The Russian invasion of Ukraine has led to Europe looking at alternate avenues for its gas supplies, and one such country is the U.S. via LNG shipments. Therefore, Cheniere Energy, Inc. (NYSE:LNG) is set to uniquely benefit from the current crisis. With these details in mind, it is no surprise that RBC Capital raised its price target on the company to $178 from $151 in May 2022, mentioning precisely these factors.

As its fiscal Q1 came to an end, Cheniere Energy, Inc. (NYSE:LNG) had earned $7.5 billion in revenue for the quarter, but lost $3.41 in GAAP EPS, for a mixed set of results that saw it beat analyst revenue estimates by a whopping $1.9 billion but miss them for EPS. 42 hedge funds held a stake in the company on March 31. Carl Icahn's Icahn Capital LP is Cheniere Energy, Inc. (NYSE:LNG)'s largest investor. It owns 9.7 million shares that are worth $1.3 billion.

ASML Holding N.V. (NASDAQ:ASML) is a Dutch company that has the unique advantage of being the only player in its industry. The company builds and sells machines that are used to manufacture semiconductors, commonly referred to as chips. These machines are used by all of the world's major chipmakers, whether large or small. It is headquartered in Veldhoven.

ASML Holding N.V. (NASDAQ:ASML) brought in €3.5 billion in revenue and €1.73 in GAAP EPS for its fiscal first quarter, comfortably beating analyst estimates for both. The company's latest chipmaking machines, referred to as High-NA EUV, are in strong demand globally as chipmakers rush to introduce new manufacturing technologies to the market.

Piper Sandler reduced its ASML Holding N.V. (NASDAQ:ASML) price target to €630 from €767 in 2022 as it worried about a slowdown in the global semiconductor market following a historic boom ushered in by the coronavirus pandemic. Insider Monkey's analysis of 912 hedge fund portfolios for this year's March quarter discovered that 46 were long the company. ASML Holding N.V. (NASDAQ:ASML)'s largest investor is Ken Fisher's Fisher Asset Management, which has a $2.9 billion stake of 4.4 million shares.

QUALCOMM Incorporated (NASDAQ:QCOM) is one of the largest semiconductor firms in the world. The company designs and sells a host of chips that are used in smartphones, wearables, computers, internet devices, internet of things (IoT) gadgets, and automobiles. It is headquartered in San Diego, California.

Not only is QUALCOMM Incorporated (NASDAQ:QCOM) at the heart of the global shift to fifth generation (5G) devices, the company is also set to play a stronger role in one of the world's most popular smartphone lineups from Samsung. KeyBanc's decision to raise its price target on QUALCOMM Incorporated (NASDAQ:QCOM) to $220 from $200 in June 2022 outlined that the company is likely to provide all of the processors to Samsung and maintain its position for a couple of years.

For its first fiscal quarter, ATT Inc. (NYSE:T) raked in $38 billion in revenue and $0.77 in non-GAAP EPS, missing analyst revenue estimates but beating them for EPS. The company was offered an 11-year contract worth $15 million in March 2022 for modernizing the United States Army National Guard's communications systems.

Wolfe Research reduced its ATT Inc. (NYSE:T) price target to $22 from $27 in June 2022, worrying about excessive competition in the market. 74 hedge funds tracked by Insider Monkey held a stake in the company. ATT Inc. (NYSE:T)'s largest investor is Peter Rathjens, Bruce Clarke, and John Campbell's Arrowstreet Capital, which owns 28 million shares that are worth $678 million.

Along with Berkshire Hathaway Inc. (NYSE:BRK-B), NVIDIA Corporation (NASDAQ:NVDA), and the Taiwan Semiconductor Manufacturing Company Limited (NYSE:TSM), ATT Inc. (NYSE:T) is a stock that could do well in the future.